We empathise. We’re the same. END_OF_DOCUMENT_TOKEN_TO_BE_REPLACED

Hello everyone. In case you are eligible to nominate and/or vote for genre fiction awards, here for your consideration are the stories first published by Cast of Wonders in 2017.

All of these stories fall into the Short Story category for both the Hugo and Nebula awards.

Cast of Wonders is eligible for the Best Semiprozine Hugo award. Our editor, Marguerite Kenner, is eligible in the Best Editor: Short Form Hugo category. 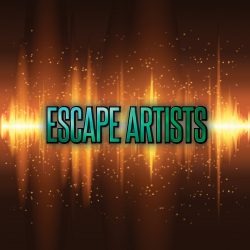 Hi there! A short metacast to tell you all about our new websites. Transcript follows for those who who prefer to read along.

END_OF_DOCUMENT_TOKEN_TO_BE_REPLACED

Hello everyone! Award nomination season is upon us. If you’re eligible to nominate your favorite short stories of 2016 for the Nebula, the Hugo, and other awards, we humbly submit the following list of Cast of Wonders short story original publications for your consideration:

Thank you for your consideration! 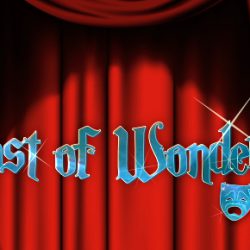 Hello everyone, this is Alasdair, the voice of Escape Artists. This is our 2016 metacast to present the stories we ran in 2015 which are eligible in the upcoming Hugo nomination season.

First, a quick plug four ourselves. All four EA shows – Podcastle, Pseudopod, Escapepod and Cast of Wonders – are themselves eligible in the SEMIPROZINE Hugo category.

Not Fancast. Not Fanzine. Semiprozine.

Yes, the categories are confusing and often overlap. Fancast as a category is traditionally dominated by commentary shows and sketch based audio programs. Take at look at the finalists over the last couple of years. Whereas the Semiprozine category is home to the types of publications we consider our publishing peers.

While there’s an argument to be made we could split the shows and compete in multiple categories to increase our chances, we don’t think benefits anyone. The division would be artificial at best, extremely difficult to explain given all four of our shows have harmonized pay rates and submissions policies, and smack of gamesmanship which doesn’t interest us.

Don’t get us wrong, we LOVED seeing Podcastle and Escapepod on last year’s Hugo long lists, and we’d be honoured for one of our shows to be a finalist. But that’s a decision that rests solely in the hands of you, our fans and supporters.

And just a note, Mothership Zeta doesn’t qualify this year because they’re too new.

Update: all of our editors (Graeme Dunlop and Rachael K. Jones at PodCastle, Shawn Garrett at Pseudopod, Marguerite Kenner at Cast of Wonders and Norm Sherman at EscapePod) are themselves eligible in the Editor, Short Form category.

These show notes contain links to a few different aggregation projects, where fiction fans are building cumulative lists of those eligible in the various categories. They’re great tools, and we’d like to thank David Steffen in particular for his efforts. We’ll also link to our Wikia page, containing links to all the stories mentioned.

And with that, we present the following for your consideration:

• Aisha Bets Her Life on Magic by Jarod K. Anderson
• There Are No Marshmallows in Camelot by Christian McKay Heidicker
• Lost Socks by Lisa Montoya
• Above Decks by Terry Ibele
• Fairy Bones by Guy Stewart
• A Troll’s Trade by Sandra M. Odell 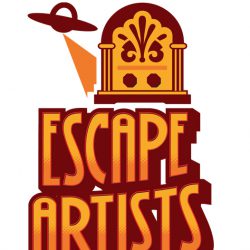 Two years ago, Graeme and I had an idea. I was taking over as editor and host, and along with Barry we were trying to come up with ways of expanding our audience as well as the formats and types of episodes we could produce.

Some of those changes you’ve already seen, like the introduction of the Little Wonders flash episodes and our Camp Myth serial. Others haven’t been as visible – bringing aboard additional audio producers and slush readers. We stepped up our convention presence in 2015, with appearances at Nine Worlds in London, WorldCon in Spokane, and we’ll be at FantasyCon later this month in Nottingham.

All leading up to what today I am thrilled and humbled to announce. Cast of Wonders is about to take one giant step out into the larger genre fiction world, arm in arm with some of the best respected podcasters in the business. In 2016, Cast of Wonders will be joining the Escape Artists family of podcasts, home to Podcastle, Escapepod, and Pseudopod. Did you know that the three shows combined currently have a listenership of over a quarter of a million downloads a month? Combine that with the newly launched Mothership Zeta digital magazine, and EA is one of the largest genre fiction markets out there. There’s no place better suited for Cast of Wonders’ unique and wonderful young adult stories.

You can listen to EA’s owner, Alasdair Stuart, and myself talk about the announcement in Part 1 of their annual metacast. (Listen to Part 2 and Part 3 as well – free stories!)

This also means that, as far as I know, Cast of Wonders is about to become the first PRO RATE paying young adult short fiction audio market. That’s right everyone, once the transition is complete, Cast of Wonders will be offering SFWA pro rate payments on all new fiction. Plus stepping up our reprint rates. We’ll have new contracts as well, which we’ll post an example of for our authors to review as part of the migration.

We don’t have exact dates available to share just yet. To prepare for the change-over we’ve closed to submissions, and we’ll announce when we’ll be re-opening as soon as possible; I’m thinking December is likely right now. There are lots of details still to iron out, and I’d like to prepare a list of great example stories for the EA audience to get to know what we’re about here at Cast of Wonders. If you have some favorites you think should be included, let us know.

Thanks everyone. From all of us, we hope you’re as excited as we to finally be able to take Cast of Wonders to a new professional level of audio fiction and entertainment. We’ll keep you posted as the details are confirmed. And as always – thanks for listening!

Hello everyone! Marguerite is on vacation this week and next. Allen has a great book recommendation for you – check it out!

Hello everyone! This is your editor, Marguerite Kenner.

Every year, one of my favorite game companies publishes a Stakeholders Report. As Steve puts it, while the company only has one shareholder, lots of people have a stake in its success and so he writes them an annual report about how well the company has done, what projects it tackled, and its plans for the future.

But we’re a podcast. Rather than writing you a long blog post, I’m taking a tradition from my American homeland. Welcome to Cast of Wonders’ first State of the Union address for 2013.