A Secret of Devils

The devil came to Georgia on a Saturday night. Atlanta, specifically. His arrival was heralded by no omens; he took a bumblebee-black cab to the city’s heart, a little suitcase in tow. His attire was sharp enough to kill, of course, but you expect that sort of thing with the devil.

“Where we going?” asked the driver.

“Where we’re needed” came the reply.

So they drove until they met a woman who’d been bleached of all her sweet. Single mom, two kids, a bag full of grief. Her children were home in a no-bedroom apartment, doing their homework by the light of a sitcom rerun. She was on her way back from the second shift of a second job, eyes bruised by the punches life had thrown.

The devil rolled down his window and grinned. “I’m Lucifer and I’m here to give you what you want.”

“That’s nice,” she said, not slowing. Hell didn’t scare her one bit, not after thirty-seven years in a country with worse. “But I don’t need to bear anyone else’s sins.”

“No strings” said the devil. His teeth gleamed like piano keys.

And the woman said “If you’re really the devil, you’re also the father of lies. How can I believe someone like you?”

The devil, who had a voice like the blues, all smoke and rich, red wine decanted into polished glass, he said: “Because I gave up heaven for the love of monkeys like you. But there’s not enough love to spare these days and I hate to see your lives go to waste. Besides, the bible’s crammed with lies. God said to love your neighbour, but then men swaggered in and said you should hate them too. You know what that’s like, don’t you? Double standards and double-crossing saints.”

She laughed. Her voice was dark and golden, like the C string on a cello, the sound of earth moving in concert with the stars. It wasn’t an innocent laugh, though. Nothing naive. There was jags of glass broken in its undercurrents, giddy as a sip of absinthe, and for a moment, the devil loved her best.

“So, what can I get ya, darling?” He said, meaning every note. “You’ve got the world on a plate.”

The woman drew a breath in and closed her eyes, and the world stopped to listen to what she had to say next. “Well, in that case: you go give my wish to someone who hasn’t been broken yet. Give them a way to save themselves from the god of this wretched place.”

“Don’t you want that saving yourself?”

“I’ve got kids that gotta learn what happens when someone doesn’t come to save the day. When they see their momma taking alms, they won’t understand what it means when I tell them that all they need is their own two feet. So, you do that for me. You take that wish of mine and you give it to someone else.”

And the devil laughed and said he would, which is how we got to this part of the tale:

Here you go. A wish that can set the world on fire, or make the sky bleed cinnamon; a wish that’d change you, change the heart of that boy you thought you loved; a wish that’d bring your papa home, or make sure no one ever gets hurt again. A wish that the devil almost gave to a woman who’d never had enough, a woman bigger than the shrivelled heart of the world who gave birth to her shining soul.

What do ya wanna do, my friend? 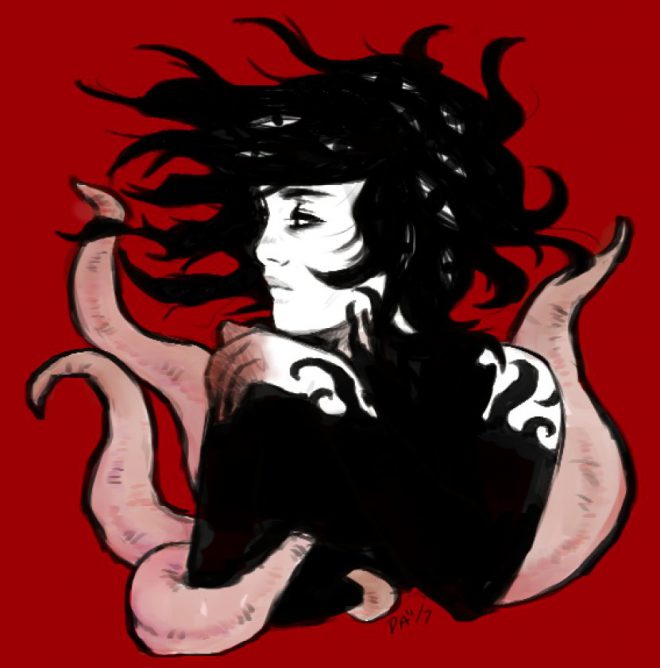 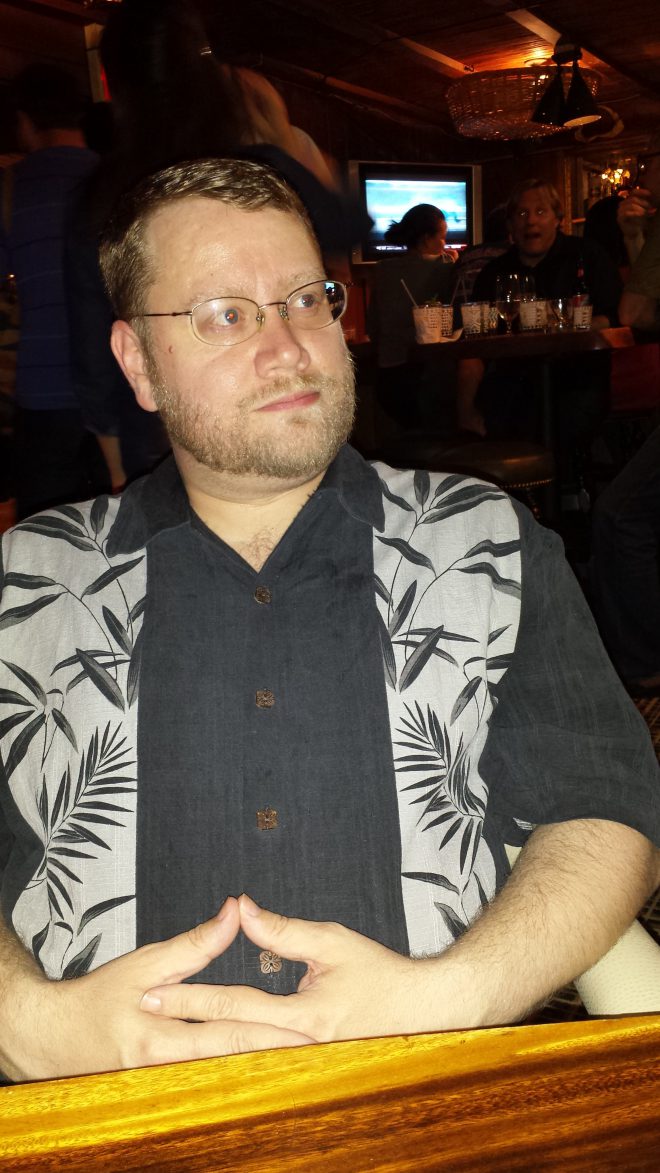 Alex Hofelich is Co-Editor of Pseudopod and pictured here at Trader Vic’s Atlanta. You can find him at tiki bars, local bookstores, microbreweries, and family-owned eateries. Like most tigers, Alex is made up of dragonflies and katydids, but mostly chewed-up little kids. Alex started assisting PseudoPod in 2009, and was brought on as an Associate Editor in 2011. He became Assistant Editor in 2013, and joined Shawn Garrett as co-Editor in 2015. He is currently serving as President of the Atlanta Chapter of the Horror Writers Association and is a regular host of their Southern Nightmare Reading Series.