Karissa lives  in North Carolina with her family and a hairy husky named Bonnie. Her favorite things super heroes, Star Wars, Southern cuisine, and Hindi Cinema. By day she wrangles cases and hearing schedules for a small administrative court. At night, she loves crocheting while listening to audiobooks and podcasts. You can find out more about her adult and YA writing online at karissalaurel.com, and she loves making friends on Twitter . 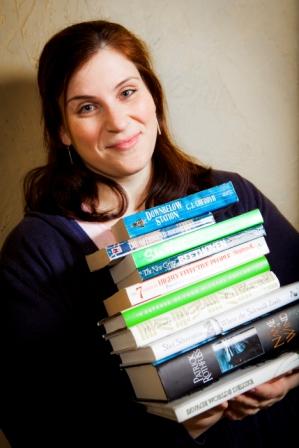 Marguerite Kenner is a native Californian who has forsaken sunny paradise to live with her partner, Alasdair Stuart, in a UK city named after her favorite pastime but pronounced differently.

She’s an experienced plate-juggler and wearer of multiple hats, managing her time between editing Cast of Wonders, working behind the scenes as COO of Escape Artists, lecturing, grappling with legal conundrums as a lawyer, studying popular culture (i.e. going to movies and playing video games), and curling up with a really good book. 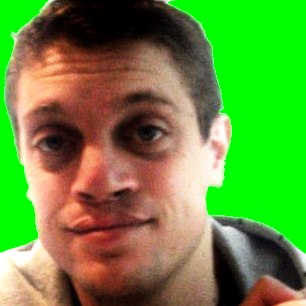 Barry is a game developer based in Bournemouth, England. He makes freemium games for clients such LEGO and the BBC. His latest game is breaking all records on iOS, not surprising with a title like “LEGO Star Wars Yoda Chronicles”. It’s for younger kids, but if you fancy blasting alien brains check out LEGO Hero Factory Brain Attack at Amuzo.

All this game developing has meant Barry hasn’t been as active in the podcasting and fiction world as he used to be. He still works behind the scenes at Cast of Wonders, which he started in 2011 with Graeme Dunlop. He still does the occasional narration for other shows, such as The Drabblecast and StarShip Sofa, and appears on the show from time to time.

Graeme is a Software Solution Architect. Despite his somewhat mixed accent, he was born in Australia. He loves the spoken word, and believes it has the ability to lift the printed word above and beyond cold words on a page. He and Barry founded Cast of Wonders in 2011 and can be found narrating or hosting the occasional episode, or working on projects behind the scenes.

Camielle “Cami” Adams – Cami is a passionate and deeply sensitive writer who can usually be found with her nose buried in a book or letting one hit her in the face. When she’s not writing or reading, she’s usually working on ignoring her growing army of miniature figures that need to be painted or growing her “To Be Read” pile. She also is a political science graduate student who studies conspiracy theories and social media’s effect on voters. If given a choice on what type of animal she could be, it would be a hard pick between a dragon and a dhole, maybe a tiger. If you notice a joke within her messages, please laugh. Clinging to, (and bringing attention to) the absurd is what’s helping her keep going these days.

By day he is an IT professional. By night, when he and his partner in crime, Alex the 486 Beowulf Supercluster, are not trying to take over the world they run the “sheep dating service,” also known as sheep breeding, for the local farming cooperative. When he can fit it in he writes short fiction about the fantastic and an assistant audio producer for Get Published.

He and his alter ego Michell Plested are co-editors of A Method To the Madness: A Guide To the Super Evil and the forthcoming book There is a Magic Portal Under My Sink.

He and his wife home school their minions, I mean kids, and teach NFP to anyone who will listen. The rest of his life is devoted to his first love, his family, their chickens, sheep, dogs and now to appease the cat owners, one of those as well.

Rikki LaCoste wears a variety of hats, caps, berets, and on occasion, a bonnet or sombrero. He’s narrated for PseudoPod and Starship Sofa as well as Cast of Wonders.

He was also the creator and co-host of a quirky yet provocative podcast called Kakophonos Internet Radio – which is presently in cryogenic suspension – but you can listen to a collection of memorable clips from the show.

Panthea is his musical collection of original compositions. He is also a writer, voice artist, an environmental activist, having worked for Greenpeace Canada, the Communications Steward for Alfheim Valley Eco Resort, he’s an Elutriation Therapist, a Hermetic Magician, a piano teacher to kids, and an artist of any medium he can get his hands on, including audio engineering. Hats hats hats.

Trace is a hopeful biologist that spends much of her time thinking about sentient trees and gods meddling in human lives. She is a university student, a speculative fiction writer, and a Florida(wo)man. You can find her buried under a stack of books and contemplating just how many ways the world can actually end, or alternatively, just shout into the air. You never know; she might be able to hear it.

Shawn Proctor is a speculative fiction writer who earned his bachelors from Kutztown University and MFA from Rosemont College. He works and lives near Philadelphia with his wife, Hope, and dynamic duos of kids and cats. He is a member of Codex writers group and Critters, and adores weird pajamas. His fiction has been published or is forthcoming in Galaxy’s Edge, Flash Fiction Online, Daily Science Fiction, and Crab Orchard Review. Read more of his work at shawnproctor.com and follow him on Twitter.

Will is a teacher and writer who currently resides in New York City at this stage in his peripatetic life. One day he will settle down in a self-sustaining earthship on a remote mountain top, but that day is not today. In his spare time, he enjoys walking, sleep, making risotto, and coffee. Follow him on Twitter.