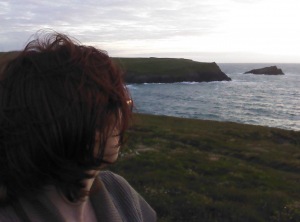 Katherine teaches astrophysics for a living and spends her (infrequent) spare time populating the universe with worlds of her own. She is a mother to two boys, and enjoys chaos, water-fights, tree-climbing, and thwarting plans for world domination.  Katherine is addicted to chocolate and Japanese logic puzzles, narrates for a variety of podcasts, and wishes she’d started slush reading decades ago.  You can read her stories here at Cast of Wonders, and also at the Dunesteef and Luna Station Quarterly (though you might need a functional time machine for some). Follow her on Twitter.

Alicia is a marine archaeologist in New Orleans. Though she does not get to leave her desk too often, her technical specialty is using robots to investigate and study shipwrecks and other mysterious things in the deep sea. Most of her published writing is nonfiction, about North American archaeology and history, though her number of speculative fiction stories is slowly increasing. She lives with two little monsters who regularly take dog form and usually can be found, like most monsters, under her bed.

Joel Donato Ching Jacob is called Cup by most people. Cup was a 2021 Clarion West Cohort, 2021 Ani ng Dangal (Harvest of Honors) awardee, 2019 Editor’s Choice for Best Asian Short Stories, and the 2018 Scholastic Asian Book Award Winner for the YA Historical Fantasy novel Wing of the Locust. He lives in Bay, Laguna in the Philippines with two dogs and an allergy to flowers and seafood.

Jeremy has produced audio for the Dunesteef Audio Fiction magazine, Far Fetched Fables, the Journey Into podcast and StarshipSofa in addition to Cast of Wonders. By day, he teaches physics and maths in the beautiful Peak District. He is a husband, father, photographer, cook and very occasional runner. Follow him on Twitter.

Denise Sudell is a queer lawyer and recovering journalist who has been genre-adjacent since approximately age six, when she started reading DC Comics.  She has written and edited for such publications as the Philadelphia Gay News, Gay Community News, and Sequential Tart, among others.  She earns a paycheck as a senior policy advisor for a US government civil rights agency.  She lives in the Washington, DC, area with one housemate and the requisite two cats. 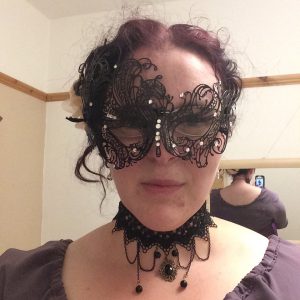 Tanya Aydelott is a Pakistani American writer who grew up in the Middle East, as that was the easiest geographic compromise her parents could find. She earned an MFA in Writing for Children and Young Adults, and recently moved to Texas with too many books and too few bookshelves. Her stories have been published in FORESHADOW: Stories to Celebrate the Magic of Reading and Writing YA and Dark Moon Digest. You can find her online at tanya-aydelott.com

Joyce seeks knowledge at all times and in all places. She has a degree in business but as a lifelong student she studies words and science in all their forms, specifically space and space travel. Books and reading have always been the best source for knowledge therefore one that she engages with daily. Other than words, science, and books, Joyce enjoys filling her time with cuisine by cooking new things and trying new foods frequently.

Somto Ihezue is a Nigerian–Igbo writer/editor. He lives in Lagos with his sister, their dog; River, and their cats; Ify and Salem. He is a big movie geek, a runner, and a wildlife enthusiast. He likes white-soled shoes and heavy rainfall. Somto was awarded the 2021 African Youth Network Movement Fiction Prize. A Nommo Award-nominee and finalist for the 2022 Afritondo Prize, his works have appeared in Tordotcom, Fireside Magazine, POETRY Magazine, Cossmass Infinities, Flash Fiction Online, Flame Tree Press, OnSpec Magazine, and elsewhere. Follow him on Twitter @somto_Ihezue where he tweets about his bi-monthly quarter-life crisis, among other things.

Amanda loves a few things very much: Minneapolis, coffee, and learning other people’s stories. Her foray into the literature world marks a turn where other people’s stories get to inform her own. She can be found most days in Orange County, California with her partner and their perfect dog, probably reading or blogging about diverse books at Bookish Brews (https://bookishbrews.com). You can follow her on Twitter (@Bookish_Brews).

Rey works as an English teacher. She is recovering from gaslighting and C-PTSD, and is basically trying to learn how to be nice to herself full time. Her favorite indulgences are squeeing over cars and comics, collecting toys and second hand books, writing, learning languages, doing puzzles, and enjoying stand-up comedy. SFF and fairy tales are her favorite flavors. Follow her on Twitter.

Simon Pan is a Canadian writer of speculative fiction and an undergraduate student in medical sciences. When not writing or studying, he is busy staying active or collecting overdue library fines. In 2021, he was a recipient of the Lions Mountain Literary Scholarship for Young Writers and his work has appeared or is forthcoming in Daily Science Fiction and Cast of Wonders. You can find him on Twitter @_SimonPan. Samuel Poots is a writer from Northern Ireland who communicates primarily through Pratchett quotes. He has been a dead Wildling, a teacher in Japan, a tabletop games journalist, and spent a lot of time assuring tourists at the Causeway that he was the new 5ft 4″ giant due to budget cuts. He writes both fiction and tabletop games and loves making stuff up with friends. If found, please give him a cup of tea and send him home via the nearest post office. Follow him on Twitter at @pootsidoodle

Emma hails from the banks of the not so coaley Tyne, which she loves as only a native Geordie Lass can. She enjoys fiction of almost all types, plotting, though never acting, to take over the world, and having sparkly fingernails. She does not have a cat, but does have a tiny cuddly toy hedgehog called Optic, who goes everywhere with her.

Ryn is a former ELL teacher from Minnesota who now lives (and edits) in New Zealand. They love seahorses, capybaras, dragonflies, and elephants, and particularly the naughty penguins (re: Mo the Penguin of the Year), who live at the National Aquarium of New Zealand. Someday, when they can have a hoard of pets again, the animals will probably be given the names of Jeffrey Combs’ and Suzie Plakson’s characters.