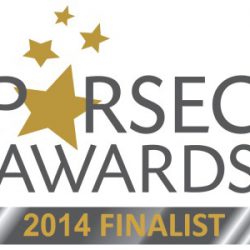 Congratulations to Chris Lewis Carter and the Camp Myth RPG for making the ENnie Award short list in the Best Family Game category!

The ENnies are a series of fan-created awards for tabletop RPGs given every year at GenCon in Indianapolis.

Good luck, Chris!! Felix, Argee and Moxie are rooting for you!

What’s happened to Felix? Are Argee and Moxie okay? What happened to the phoenix that prompted it to attack, and how are it’s inferno feathers intact?

Pay close attention campers, our tale is almost over!

Merry Christmas, campers, and welcome back! Ready for chapter 14?

Last week Althea the Sphinx posed a riddle our campers couldn’t refuse, and only Felix’s quick thinking saved them from being sphinx food. But what was that Althea said about Moxie?

Listen close campers, where were we. Ah yes…

This week’s camper spotlight is on Pointa and Kuru, and their Legendary Love.

Felix says “For a Centaur, there is no greater show of trust and respect than to allow a two-legger on his back. I guess Pointa must be head-over-hooves in love with his girlfriend, Kuru the Kitsune, because they’re practically inseparable from each other. He even asked me to draw a picture of him doing something nice for her, so he could give it to her as a present. That’s, like, two layers of niceness!”

Pointa and Kuru were invented by Ahmed Al Mutawa & Kholoud Al Zaabi. You can find their picture on the Camp Myth webpage.

Welcome back, campers! Ready for chapter 13?

Wait a minute… What could be big enough to capture a Thunder Bird in it’s jaws? What have Felix, Argee and Moxie gotten themselves into?

Quick, where were we?? Ah yes…

This week’s camper spotlight is Chip, the Blue-Blooded Beast.

Felix says “Most Minotaurs spend their time in the labyrinth thinking up creative traps to spring on anyone foolish enough to explore the halls without a guide. Not Chip, though. He considers himself to be much more refined than the average Minotaur. In fact, if you discovered his secret lair, you’d be rewarded with the best cup of chai tea you’ve ever tasted. He says the secret is extra cinnamon.”

Chip was invented by Jeremy Chippett. You can find the picture of him on the Camp Myth webpage.

Welcome back, campers! Ready for chapter 12?

Last week our trio of campers dove into their Camp Myth training handbooks and concocted a plan to earn their first merit badge! The sun’s up, campers. Let’s see how they’re doing, shall we?

This week’s camper spotlight is on Eris and Milly.

Felix says “As far as Fae go, Eris is the toughest girl I’ve ever met. Everyone laughed when her best friend, Milly the Kitsune, said they had just caught a giant sea monster, but I should have known she wasn’t… Kraken jokes. (Humans love puns, right?)”

Eris and Milly were invented by Gregory Bernal. You can find the picture of them on the Camp Myth webpage.

Welcome back, campers! Ready for Chapter 11?

Last week we met Asterion, the founder of Camp Myth, and took the camper pledge. It sounds like the opening ceremony is drawing to a close. I wonder what Felix, Argee and Moxie will be doing next…

Now where were we? Ah yes…

This week’s camper spotlight is Natious, the Cyclopean Sharpshooter.

Felix says “Ugh, Natious wouldn’t stop talking about his Basilisk encounter in the Forgotten Forest. I’m not sure how much of the story I believe, but I’m not crazy enough to tell him that. Instead, I drew him this picture in honour of his “triumphant” victory. (Note: that was sarcasm.)”

Natious was invented by Nathan Pettigrew. You can find the picture of her on the Camp Myth webpage.

Welcome back, campers! Ready for Chapter 10?

Argee and Moxie have returned! And Lil has told Felix all about collecting merit badges. But before out trio could plan their next adventure, the opening ceremony began.

Everyone quiet down, let’s listen to the presentation! Where were we? Ah yes…

This week’s camper spotlight is Plato, the Four Legged Idol.

Felix says “Plato is the kind of Centaur who makes me ashamed to be a two-legger. He’s a great athlete, loves to read, and has more fans around camp than some of the actual fan clubs. He’d be easy to hate – if he wasn’t so darn nice! I wonder if he wants to hang out later…”

Plato was invented by Riley Krill. You can find the picture of him on the Camp Myth webpage.

Welcome back, campers! Ready for Chapter 9?

Tonight’s a big night for the campers, let’s get started. Now where were we. Ah yes…

This week’s camper spotlight is Ox, the Warmhearted Warrior.

Felix says “Ox is, without a doubt, the toughest Minotaur wearing a Camp Myth sash, but he also has a baby snowy owl, Olot, that never leaves his side. Yesterday, an Ogre thought that it would be a good idea to steal the bird for an afternoon snack. About three seconds later, Ox made sure that the Ogre’s next meal would have to fit through a straw. I guess Minotaurs can have a soft side after all.”

Ox was invented by Roger Sellars. You can find the picture of him on the Camp Myth webpage.

Welcome back, campers! Ready for Chapter 8?

Last week our trio arrived at Camp Myth, only to be separated by the appearance of Brontes and Tessa, two of the camp’s senior counselors. Looks like Felix is on his own again…

I wonder what’s in store for him next? Now let me see, where were we. Ah yes…

This week’s camper spotlight is Ruth Liz, Child of the Warrens.

Felix says “To be honest, most Redcaps are complete lunatics. Not Ruth, though. She’s a real sweetheart. In fact, she’s even invited me to visit The Warrens to look at her collection of gold pieces from medieval castle vaults. She even has an antique knife that she really wants to show me! I’m going to give her this drawing as a thank you. What a nice girl!”

Ruth was invented by Dean Fierce. You can find the picture of her on the Camp Myth webpage.

Welcome back, campers! Ready for Chapter 7?

Last week Felix made it safely back aboard, thanks to Lil’s dryad magic and the dramatic appearance of Moxie the Kitsune.

Still listening campers? Good, now where were we. Ah yes…

This week’s camper spotlight is Mayumi, the High Flying Vulpine.

Felix says “Mayumi the Kitsune came all the way from Tokyo to attend Camp Myth! I found her hanging around the Golem Statuary, which she enjoys because they remind her of the sculptures and stone carvings found in her native homeland.”

Mayumi was invented by Trudy Goold. You can find the picture of her on the Camp Myth webpage.

Welcome back, campers! Ready for Chapter 6?

Last week Argee showed us he really doesn’t like to be teased, and then the roc carrying their bus lost one of his handles, sending Felix skyward!

Quick! Let’s find out what happens to Felix!! Where were we, campers? Ah yes…

This week’s camper spotlight is Anthea, Herald of the Forest.

Felix says “Sitting in the limbs of the Peridexion tree, Anthea the Dryad says there’s no place in the world where she feels more in tune with nature. I was going to tell her I’m so bad with plants that I once managed to kill a small potted cactus, but I decided to draw her this picture instead.”

Anthea was invented by Elizabeth Verbraak. You can find the picture of her on the Camp Myth webpage.