Welcome back, campers! Ready for chapter 13?

Wait a minute… What could be big enough to capture a Thunder Bird in it’s jaws? What have Felix, Argee and Moxie gotten themselves into?

Quick, where were we?? Ah yes…

This week’s camper spotlight is Chip, the Blue-Blooded Beast.

Felix says “Most Minotaurs spend their time in the labyrinth thinking up creative traps to spring on anyone foolish enough to explore the halls without a guide. Not Chip, though. He considers himself to be much more refined than the average Minotaur. In fact, if you discovered his secret lair, you’d be rewarded with the best cup of chai tea you’ve ever tasted. He says the secret is extra cinnamon.”

Chip was invented by Jeremy Chippett. You can find the picture of him on the Camp Myth webpage. 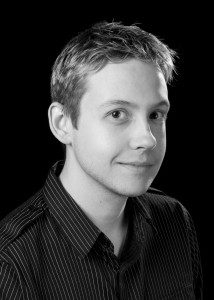 Chris Lewis Carter is an award-winning screenwriter and author who has been featured in dozens of publications, ranging from high school Language Arts textbooks to Stoker-nominated fiction collections. His horror short film, House Hunting, was named an Official Selection at both the 2015 Hollyshorts and Sunscreen Film Festivals.

He lives in Newfoundland, Canada, with his wife, four cats, a stubborn Shar-Pei, and a lazy Greyhound.