The bot lay on the floor, quivering. Occasionally it made an attempt to lift its upper body, a first step to getting up, but before it could get very far, someone would kick it again. A shoe would connect with its shell with a thud and its head would hit the floor with a clunk. The kids didn’t hurt their feet, kicking it. All the metal and hard plastic was covered in rubbery resin so no toes were stubbed and no knuckles bruised. Even the skull was only a little bit harder.

Eventually, most of the children got bored and the group began to disperse down the corridor in twos and threes, some still laughing and joking about the robot’s reactions, some forgetting about it entirely as soon as their backs were turned, chatting about sports and grades and their unbearable homework loads instead. Beren and Cindy stayed back and hurled insults at it some more while it curled up into a fetal position. “Useless chunk of metal”, “weirdo”, “reject”, “victim”, the usual. Finally, the bell rang, Cindy spat at the robot’s back one last time, and they, too, hurried to get to class. The robot whimpered and banged its head against the floor in what looked like frustration. Clunk. Clunk. Clunk. Then it went about getting up in its gangly and inelegant way.

It would have been very, very easy to push it over again. Instead, Alej, who had been leaning against the wall, wordlessly watching the whole sorry spectacle, walked next to it as it made its way towards the room where it would sit among the people for whose mistreatment it was made for another two hours. END_OF_DOCUMENT_TOKEN_TO_BE_REPLACED 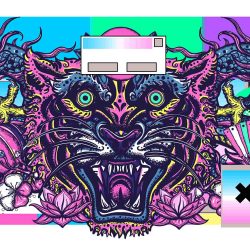 More Than One Zodiac in High School

“You were supposed to be a boy,” Amy’s mum said, attacking the raw duck with a cleaver. “The fortune teller said it was guaranteed. Aiyah, even then you don’t listen to your parents.” She tossed one half into an oven dish with a dash of salt, star anise, and cloves. Rice wine and soy sauce were massaged into the skin. And all the while, the other half was being surreptitiously dragged off the countertop by Amy’s dragon.

Her mum pushed the huge beast out of the way. “And born in the year of the dragon! Okay for a boy, but for a girl… no husband will want you! Too much fire to bear sons and every meal will be burned.” She clucked, exactly like her chicken spirit: tutting, fussing, and happiest when she had something to worry about. END_OF_DOCUMENT_TOKEN_TO_BE_REPLACED