Porch Light for the Lonely

When the wide western sky is black, embroidered with thousands of silver stars, and crickets sing unseen in the dry grass, critters come to the porch of the old house. The rug has long since lost its color from years of harsh sun. The wrought-iron bench is rusted, enamel flaking away like tree bark. The mailbox is crooked, and the torn curtains blow gently in the wind. Though it’s the sturdiest house left on the block, it sits unlived in, untrespassed. Only the flies and spiders know how empty it truly is inside.

Many cats come: strays, abandoned pets, and feral. They drape themselves about the empty porch, meowing with quiet yearning.

“Why are we here?” asks a snowshoe kitten. He flops on the dry rug, scratching an itch on his back, and comes up covered in bits of dead grass and red dirt. He sneezes.

A gray-brown cat lashes her white-tipped tail. “Have some respect.”

The kitten is old enough to know that only people live in houses, and they never share with cats. To survive is to eat bugs and field mice, or to steal from the garbage of the only diner on main street, not to sit on the porch of an empty old homestead waiting for handouts that never come.

A dry summer breeze rustles through cottonwood trees all up and down the empty block. Owls sit in the branches, watching. From the hills beyond the road come the deer, wary of the world and stepping so daintily. Moths murmur near the porch light, although its bulb long ago burnt out. The kitten can hear the other animals murmuring to one another.

“A great lady lived here,” whispers a doe to her fawn. “She had flowers and vegetables in her yard. Music played through every window, and the light was always on.”

“There was always food,” adds an anxious young buck. “Pa says there was even food for us, when every other house in town would chase us away with noises and dogs.”

A frantic moth darts about the porch, too young by far to remember those days. “What happened to her?”

“She died.” The owl on the lowest branch of the cottonwood tree blinks his enormous eyes. “It’s what happens.”

The assembled animals fall silent. Even the crickets pause their music.

The snowshoe kitten looks at the screen door of the house, and feels the waves of longing from the other cats around him. Even the deer, owls, and moths are mournful.

The kitten feels it too, and he can’t help himself. A soft, sad mew escapes him.

“Then why do we still come?” he whispers.

“Because,” murmurs the gray cat. “Sometimes–”

The old porch light hums, then flickers on. The moths scatter in wild concentric circles. Delighted gasps echo from all over the porch and the yard.

“–sometimes she comes back for us.”

Aaliyah always wanted a horse. Mama said she couldn’t have one in the city because what would it eat? And besides, where were they going to keep it? Not up on the 4th floor.

But Aaliyah wanted it so, so bad. She leaned out of her bedroom window, even though Mama said she would fall out, and just sort of pushed out from her brain. Her brain pushed, “Come here, horse! I need you more than anything in the world!”

She stood under Aaliyah’s window and looked up, with her big, empty, skull-socket eyes. Bonnie wouldn’t need anything to eat, because she was already dead, and she wouldn’t need a place to stay because Aaliyah quickly learned that during the day Bonnie just…went away.

Aaliyah was in love.

“Black kids don’t ride horses,” said DeAndre, but they did. Aaliyah did.

“There’s no such thing as skeleton horses,” said Mama, but there was. Bonnie.

By the end of 4th grade, nobody was into horses anymore, but that’s because they didn’t have a real horse like Aaliyah did. It didn’t fade for Aaliyah, like it did for them.

None of the other 6th graders knew the feeling of sitting in the park under the street lamp, reading a book against Bony Bonnie Dead Horse’s curved, white ribs.

None of the other 8th graders knew the feeling of flying down the middle of 74th Street, with the stars barely visible against the glow overhead, while Bonnie’s bony hooves echoed against the empty brick buildings and closed storefronts.

In high school, Aaliyah didn’t see Bonnie as much anymore, but Bonnie was always there. Her secret weapon. There were still a lot of people telling Aaliyah she couldn’t do stuff, but deep in her heart Aaliyah always knew they were wrong. If a skeleton horse could canter out of the dark when her ride wouldn’t take her home from a party, then who says she couldn’t she get an A in Biochem? The two had nothing to do with each other, and yet, they did.

After her undergrad, Aaliyah applied to Johns Hopkins. “Go get ‘em,” said DeAndre.

He didn’t doubt her anymore.

On the morning of her 24th birthday, Aaliyah heard a voice in her head. “I need you more than anything in the world!” said the voice. It was a girl’s voice. Young.

That night, Aaliyah took Bonnie for a ride around Lake Montebello. She held on to Bonnie’s bony neck tight, fifteen years’ worth of gratitude. “There’s a girl,” said Aaliyah apologetically. “She needs you more than I do.”

Bony Bonnie looked at her with its big, empty, skull-socket eyes, but Aaliyah knew Bonnie approved. “Thank you,” said Aaliyah, and “I love you”, and “Go get ‘er.” Bonnie did something almost like a bow and went away. Aaliyah knew she wouldn’t be back.

Aaliyah stood looking out over the dark waters of Lake Montebello. She wasn’t afraid. Of anything.

Who was there to say she couldn’t?

There is dirt under Kelebek’s nails and worn into the lines of her hands. Her garden is full; of flowers and bees and hummingbirds and life. She breathes in deep, letting the muddled sweetness of a hundred kinds of flower sink deep into her lungs, savoring it for the fleeting pleasure it is.

This peace never lasts. Not in the season of the Butterfly.

Soon everyone from rulers to beggars will come seeking her garden’s Gifts.

“Scribe, I found another!”

Her protege holds out cupped hands, breathless. Curled into them is a spiky black and yellow buckeye caterpillar. The garden loves Parvana.

“Wonderful! Come and put it with the others.” Kelebek lets the young woman lead the way around the side of her cottage to the Arium, feeling every one of her many years. “What do you think it will become?”

“Hope,” Parvana says, sure as sunrise, and deposits the creature on fresh leaves.

Kelebek tends to the linen-screened Arium at dawn, before Parvana arrives. Her toes sink into the soil she’s sown with magic as much as wildflowers, with ink, pigment, and sigil.

A handful of chrysali hang from the charm-carved illuminated arch of woven rowanwood, waiting. The magic they’ve consumed in the leaves has changed them; Kelebek has learned to guess what gifts lay within.

The golden chrysalis, as long as her thumb, holds hope. The next one, blue of a summer’s sky, grants peace. The mottled green one, a blessing for crops. All small, well-loved gifts.

And the new one, skipper-small and wriggling to rid itself of its molt—

The starfield-and-gold pod is unmistakable. Kelebek’s knees give way, and she drops to the dark earth, staring.

Her garden has given a Wish.

“What will you do with it?” Parvana asks, as Kelebek transfers the fragile pod to a glass jar. Her hand closes on the lid, and for a moment she considers letting it die in airless dark.

Wishes are dangerous–people have killed over those butterflies. She is so tired of Wishes.

But if ​she​ does not raise them–another Scribe will. One who cares only about what can be gained, and not those in need.

There’s no one else who cares.

“I don’t know,” Kelebek sinks into a chair. “I thought there’d never be another. The petitioners will show up soon–their Scribes will have told them.”

“Scribe, please rest. I will handle it.”

There’s no one else.

Parvana smiles, picks up the jar and lays an ink-stained hand on Kelebek’s arm. “Am I your protégé, or not?”

The petitioners have come and gone. No one fought, no one died.

Parvana has stardust in her hair, and her eyes are bright. “I didn’t give it to them. I made my Wish, like you did with the very first. I Wished to be a wise and worthy heir.”

Kelebek can’t tell if it’s relief or pride or both flooding her eyes as she embraces Parvana. “You are. You are!” 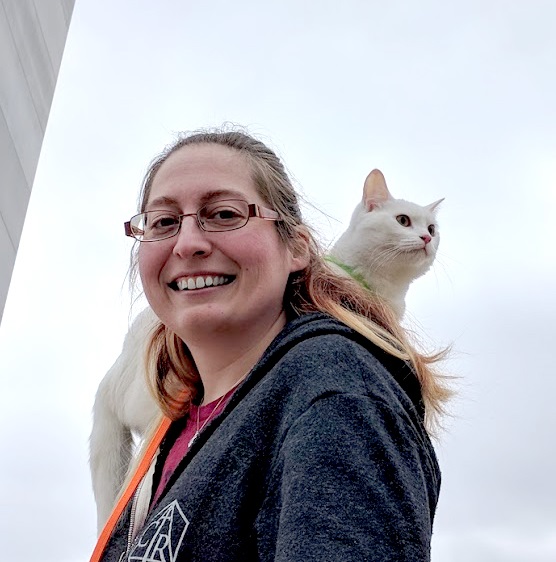 Reed Mingault is the daughter of a Marine and hasn’t spent more than a few years in one place in her life. Her formative years, when not moving cross country and across oceans, were spent on horseback and handling birds of prey, and she’ll happily tell you more than you wanted to know about either. Reed lives with her geneticist husband, precocious daughter, and fey cat Pooka. Reed can be found on twitter at @MilvusScribe. 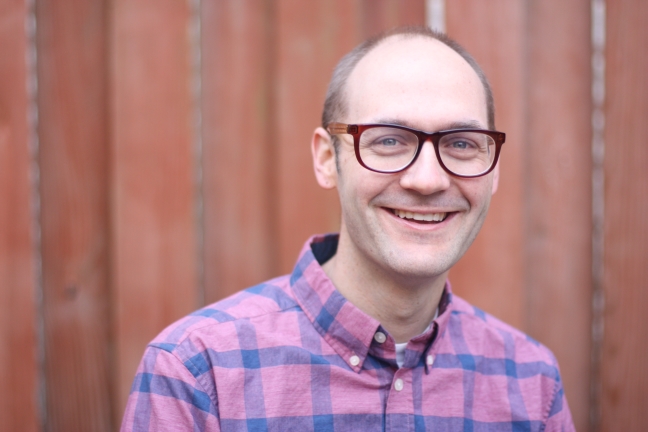 Shane Halbach lives in Chicago, where he writes software by day and avoids writing stories by night. His fiction has appeared in Analog, Intergalactic Medicine Show, and The Year’s Best YA Speculative Fiction, among others. He blogs at shanehalbach.com, or can be found on Twitter @shanehalbach.

Danielle Imara is a UK based multi-disciplinary artist. 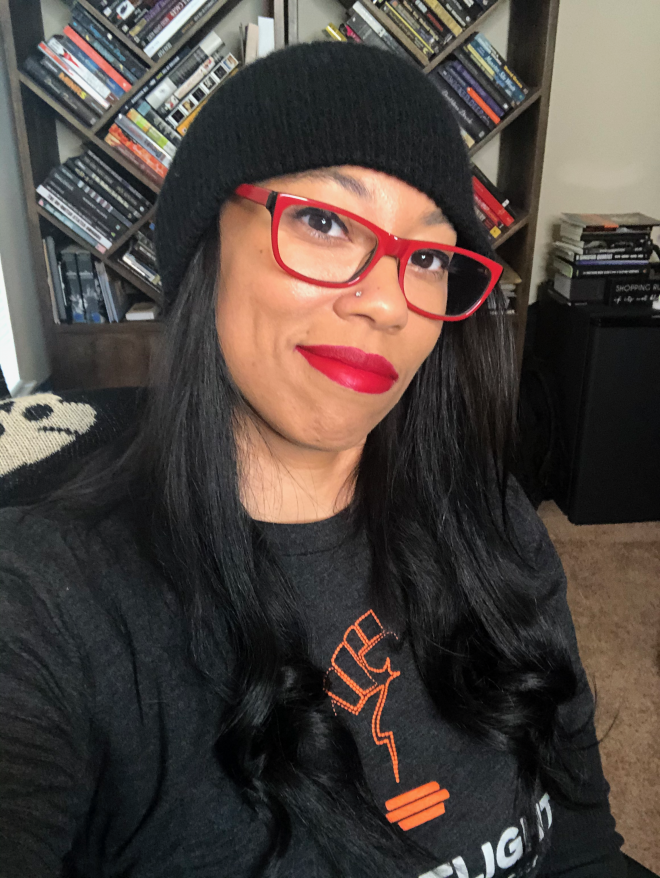 Tonia Ransom is the creator and executive producer of NIGHTLIGHT, a horror podcast featuring creepy tales written by Black writers. Tonia has been scaring people since the second grade, when she wrote her first story based on Michael Myers. She’s pretty sure her teacher was concerned, but she thinks she turned out fine(ish). Tonia tells horror stories regularly on Twitter @missdefying, and her debut novella Risen was released early December 2020. She lives in Austin, Texas.