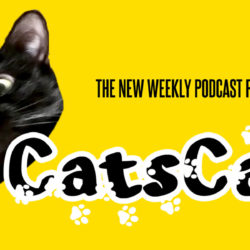 The Thing in the Basement

You can hear it, in the basement, behind the metal boxes that your human puts her outer-coverings in just when they start to smell good—when the boxes are done, she brings out her things stinking of flowers or fruit. She’s lucky you know the sound of her voice, because her scent is all over the place.

You chirp to get her attention. A cat would understand the sound. “Alert! Something to hunt!”

END_OF_DOCUMENT_TOKEN_TO_BE_REPLACED

by Daniel and Mary E. Lowd

Topher checked his watch and peeked out around the dusky red stage curtain.  There was a full house in the bar tonight. If he played them right he could get all the tips he needed, and tonight could be the greatest night of his life.  He put a paw to his face, pulled down on his tawny-furred jowls, and drew a deep breath. “Okay,” he said, softly to himself. “Let’s go.”

The spotlight hit Topher before he reached the mike, but he was used to that bright glare in his eyes.  He straightened his jacket and stared the audience down before he began, giving them his best tough guy look.  He had the mug for it, if not the build. “I don’t get no respect,” Topher barked at the audience. “It’s because I’m short.  Curse of my breed, you know?”