“I’m going to call you Golly,” he said, and Goldilocks needed no other enticement to follow his cry of, “Catch me if you can!”

They stopped by a stream and looked for frogs and fish and enchanted princesses, and climbed trees and dared each other to throw rocks at a hornet nest and ran hollering when they were chased by the angry hive. Raff led them further and further afield with a wave of his hand, claiming dominance over the woods.

“Only don’t go that way,” he said, and to Goldilocks it seemed his nonchalant gesture encompassed a good deal of that way. “There’s bears in those parts. Bears are the worst.”

“What do they look like?” said Goldilocks, who had never seen a bear.

“Oh, they’re big — bigger than that tree, I guess,” he said with another lazy gesture towards a mature pine. “They’ve got big blunt faces and big blunt teeth and they sneak up on you when you’re wide awake and POUNCE!” He leapt on her back and they fell in a tangle.

“Get off, dope!” She kicked and pounded with her fists and he rolled off, laughing.

It was stained from various trips to collect berries. Goldilocks undid the knot and passed it to Raff.

“Raff!” she yelled. “Ruffian! Come back here!” She pursued, quickly losing sight but following his laughter. “You wait ’til I tell my brother, he’ll skin you!”

“You don’t have a brother!” Raff yelled distantly. “You told me so yourself!”

“Raff!” She was lost and confused. His voice echoed strangely, when she heard it at all. “Raff, tell me how to get home!”

It was getting dark and Goldilocks cast about anxiously for a familiar path while trying to remember in which direction the bears lay. “East? Or, or… no,” she muttered, turning in place.

There were notches in a tree near her, three atop each other. “Someone must have done that,” she said to herself, “to mark their path and keep from losing their way.”

After a quick search she found another tree nearby with the same three notches. Whether they were going to or from she couldn’t say, but she followed them eagerly and soon came upon a little cottage.

“Hallo?” she called. “Please, I’m lost. Could you… could you…” And she trailed off, not quite knowing what could be done.

There was no answer. Goldilocks pushed on the door and found it opened in two sections, top and bottom. “Perhaps the lower one is for the children to run through?” she said, though it seemed doubtful as she still had to stoop down to get inside.

It was one room, with only some supporting beams and a partition to separate the space at all. A fireplace sat in one wall, ashes and embers in its pit. The floor was covered with animal skins, great big ones with coarse, shaggy hair. A few long bones lay scattered in a corner, looking gnawed upon. “They must have dogs,” she said, and laughed suddenly. Of course, the lower door was for the dog to come through! And there was a distinctly doggy smell about the place.

More importantly, there was a bowl of raspberries on the table. “It’s been so long since lunch, and perhaps if I don’t eat very many…” The sound of her own voice was comforting in the quiet room.

Soon her eyelids started drooping. “I do hope whoever lives here gets here soon,” she said. “Otherwise they’ll find me asleep on the floor!” Her eyes went to the partition. “Maybe there’s a bed behind there. It can’t be worse to find me asleep in bed like a sensible person rather than stretched out on the rug!”

She looked behind the partition at the other end of the room. There was one large bed tucked into the corner, with more furs around its base. The bed was neatly made. It would have been hard to not make it neat, as there were no pillows or blankets on it, only a thin sheet. Goldilocks took off her shoes and snuggled under it. It was not warm at all. “I wonder if they have any children,” Goldilocks mumbled. “I hope not. They’d freeze. But perhaps they sleep all piled together…”

The sound of a door being shut woke her up. Goldilocks held her breath, fearful of discovery. “But how silly!” she scolded herself a moment later. “They must be kind people, to sleep together and own dogs. It’d be worse to stay in bed. I’ll go present myself.” So saying was so doing, and she slipped out from under the sheet and peeked around the partition.

Two people were already looking in her direction, a man and a woman. They were middle-aged and lean and watched her with neither frowns nor smiles. “Excuse me,” Goldilocks said politely. “I’m sorry to intrude, but I lost my way and I heard there were bears in the woods…”

The couple’s faces relaxed into smiles. “Right you are,” the man said. “Terrible things, those bears. Are you hungry? There’s a bowl of raspberries on the table… which I see you’ve already found,” he added, pointing at his lips.

Goldilock’s hand flew up to her mouth and she felt stickiness there. “Oh!” she said, but the couple only laughed. The woman joined her at the table while the man put a log in the fireplace and stirred the embers to flames.

“It’s perfectly fine that you’re here,” the woman said. “We’ve plenty of space in the bed.”

“It’s very big, for the two of you,” Goldilocks said. “Do you have any children?”

“We’ve had our share,” the man said, standing up from the fire. “They grow up so fast. Sometimes one of them drops by.”

“And dogs?” said Goldilocks. “Have you a lot of dogs?”

“Just one at the moment,” the man chuckled. “We let him tire himself out before he comes in at night.”

“It is getting rather late,” said the woman. “Perhaps we’d better turn in. You must be tired after today.”

Goldilocks followed the woman behind the partition while the man went outside to call for the dog. They slipped into bed, although the woman stayed on top of the sheet.

“Do you see many bears?” said Goldilocks.

“Oh no,” said the woman. “They know not to come around here.”

“Your dog must be very fierce, to protect you against bears.” Goldilocks yawned. The woman stroked her hair. Comforted, Goldilocks nuzzled her nose into the woman’s thigh…

“Very fierce,” said the woman. “Bears. Nasty creatures, mean things. Why, a bear would gobble you up feet first while you were looking.”

The door opened and closed again. With the partition between them, Goldilocks didn’t see the gangly young wolf trotting cheerfully beside the man, a berry-stained apron in its sharp-toothed mouth.

“A bear would make all sorts of fuss and noise.”

The smell of dog grew stronger as the man dropped to all fours, shook himself, and was replaced by another, larger wolf in man’s clothing.

“Wolves, now,” crooned the woman, and Goldilock’s breathing deepened and her eyes twitched behind their lids, “wolves will wait until you sleep.”

A flick and a flip
then a proton gloms on
with the heat and the flash
of a miniature star.

But the Guild, oh the Guild
takes a chunk of the loot
for the lessons, for protection
of the alchemist’s craft.

I pause and I think
about the Yakuza’s cash.
How long could I run
‘til I’m caught by my Guild?

Split the O from the H
to make flammable blood.
I slump and I sigh –
You don’t double-cross gods.

Empires of the Red Dawn

Can we unwind this grey mystery?
Let us build crystal palaces
In honor of his eternal hunt

Jack Murphy says he’s not very good at biographies, so instead he gave us three individual words: “Transient, Pantheon, Objuration”. 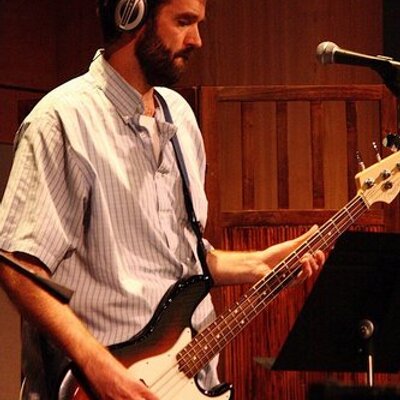 Brian Griggs has been an educator for twelve years and has been encouraged to write fiction and poetry by his students and co-workers. He hopes his stories inspire curiosity and wonder in students of all ages. You can learn more about the Alchemist’s Guild at his website. And he’s also avid on Twitter.

Laura DeHaan is a healthcare practitioner in her hometown of Toronto, Ontario. She pays her bills by helping people relax and feel better, but when she writes she likes making people feel just a little awful. She has a couple stories coming out in autumn, one in Postscripts to Darkness 4 about a new kind of danger posed by an invasive species, and one in Andromeda Spaceways In-Flight Magazine involving a zombie cowboy and a talking snake. Something for everyone! Find her on Twitter and follow the bizarre travelogues of the much put-upon tourist Topher Topher.

Adam has narrated two pieces for us before, the poem Empires of the Red Dawn in Episode 93, our second Little Wonders collection. As well as Episode 88, Dragon Art. Adam is also the voice of the golem Loam in our Parsec-award nominated serialized novella Camp Myth: Phoenix Watching by Chris Lewis Carter.

Adam is a recovering neuroscience student, although he’s working hard to relapse. He enjoys reading, bicycling, and shouting into microphones, the last of which he sometimes records. He still doesn’t have a public web presence, which makes me sad.

Mel Bugaj (Boo-Gay) is a mom of a 12 year old son and 10 year old daughter. She and her husband produced a podcast called Night Light Stories where you can find and download their 60+ original children’s stories for free. Just go to nightlightstories.net. Mel has been an educator for 19 years and currently is pursuing her second masters in Educational Leadership. In her spare time she enjoys getting her butt kicked when playing UNO with her daughter, listening to podcasts with her son and watching horror flicks with her husband.