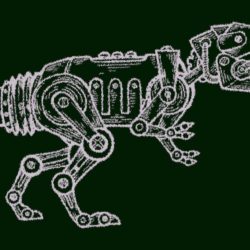 END_OF_DOCUMENT_TOKEN_TO_BE_REPLACED

One of my favorite moments ever was when the boy called me an Arab and you said, “She’s Sikh, fucknut” and then when he said “Oh, like hide and go-“ you broke his nose. I heard music playing, I swear to God, and it was victory music, your music: A dusty, unflinching beat, lowdown and grinding. It didn’t matter that my family’s not even technically Sikh anymore since my parents went born-again and I’m just whatever. I smiled for days after that moment, Krys. Days.

But so much has happened since then, so much gone wrong.

After that day I found you on the hill at the edge of campus. There’s a fence that cuts right through the summit of the hill and the other side is all wilderness and you and MagD would sit against that fence and watch everybody and murmur quietly. Used to want to hang with you guys so bad before you stood up for me and I finally got the guts to walk up there and just say Hey. And then it was us three, and MagD used to hate it when we called her that but she probably loved it too, and wherever she is now she probably introduces herself that way, with that big toothy grin on her that looks perfect and so out of place on her serious face.

Is what they told me. That you died. I’m not trying to rub it in: I need to say it again and again so it feels true finally, because it’s been months and I still don’t believe it. In part because you were SO alive, so flesh and blood, and the thought of you not is just…it doesn’t fit. But mostly I don’t believe it because I still feel you, my friend, all around me. And anyway, that’s what I’m getting at, I wanted to tell you that you’ve saved my life at least twice. And once was after you died.

END_OF_DOCUMENT_TOKEN_TO_BE_REPLACED 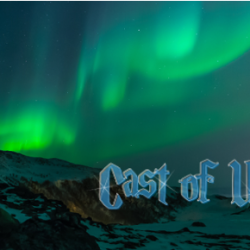 A Complex Filament of Light

After winter, spring in Antarctica is almost pleasant, most days just barely below freezing. As you make your way back to the station, you stop and glance at the horizon—you prefer these days of twilight, the soft orange glow of sun on the horizon contrasting beautifully with the deep indigo of the sky. It’s more interesting than never ending daylight, more comforting than the long nights of winter. And it’s still enough of a distinction to create the illusion of darkness, to trick your body into maintaining a circadian rhythm.

Your snowmobile cuts through the snow and ice, kicking up flurries in your wake. As you crest another hill, the Delaney–Chen station comes into view. Your stomach grumbles—you got here just in time. You park your snowmobile out front and make your way inside, taking off your scarf and gloves in pace with your steps. You load up on cafeteria food and find a spot by the window.

Before you eat, you have to take your multivitamin. It has a chalky feeling to it and a taste that isn’t exactly pleasant. But as you swallow the pill, you remind yourself that it’s for your own good—fruit and vegetables are hard to come by in the Antarctic, and vitamin deficiency is not something you want to deal with. It’s hard enough being out here without adding health problems on top of everything.