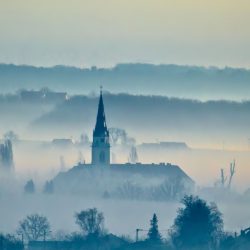 With everything that happened, I don’t know that I would describe myself as blooming. Willing, I suppose, and certainly compliant. But a flower doesn’t need to bloom to be plucked.

After all, pretty is as pretty does, my father used to say. He didn’t say much else and I’m not sure if he meant it as a compliment or an insult. I’ve never really understood the phrase anyway. Are we predisposed to act in certain ways? If so, it would be a relief. My actions turned midnight-moon-macabre some time ago and I’d hate to think it’s all my own failing of character.

END_OF_DOCUMENT_TOKEN_TO_BE_REPLACED 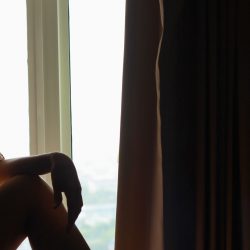 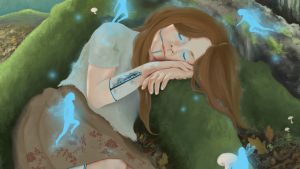 The day Michael came back to school, I was still wearing long sleeves.

Not because of the bruises. That’s what everyone thought, but the truth was, the bruises had faded weeks before. I didn’t know why I was wearing them myself, until Michael slunk through the front doors, and everyone stopped what they were doing and turned to stare at him.

END_OF_DOCUMENT_TOKEN_TO_BE_REPLACED

“A Witch’s Guide to Escape: A Practical Compendium of Portal Fantasies”

You’d think it would make us happy when a kid checks out the same book a zillion times in a row, but actually it just keeps us up at night.

The Runaway Prince is one of those low-budget young adult fantasies from the mid-nineties, before J.K. Rowling arrived to tell everyone that magic was cool, printed on brittle yellow paper. It’s about a lonely boy who runs away and discovers a Magical Portal into another world where he has Medieval Adventures, but honestly there are so many typos most people give up before he even finds the portal.

Not this kid, though. He pulled it off the shelf and sat cross-legged in the juvenile fiction section with his grimy red backpack clutched to his chest. He didn’t move for hours. Other patrons were forced to double-back in the aisle, shooting suspicious, you-don’t-belong-here looks behind them as if wondering what a skinny black teenager was really up to while pretending to read a fantasy book. He ignored them.

The books above him rustled and quivered; that kind of attention flatters them.
END_OF_DOCUMENT_TOKEN_TO_BE_REPLACED

Your Words There for the World to See

The school library doesn’t have the book you want. No surprise there. There are a few dozen volumes on its shelves; plenty of other books are out there in the cloud, but the part of the cloud with your book is partitioned off too. It’s in the Premium Access tier and a Title X school in Ass-Nowhere, Wisconsin is not exactly Premium Access quality. The librarian apologizes for that, but apologies don’t put the words in your hands.
END_OF_DOCUMENT_TOKEN_TO_BE_REPLACED 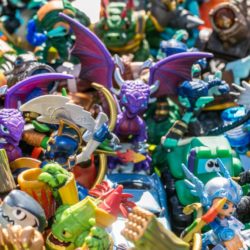 It was during the particularly frozen-solid Prince George winter of ’91, a few days after the new neighbours had arrived, that I first stumbled into the Penelope Qingdom.

“What are their names?” I asked my moms as they bustled about the kitchen getting ready. They’d invited themselves next door for a “Welcome to the Neighbourhood” dinner. We’d never had new neighbours before.
END_OF_DOCUMENT_TOKEN_TO_BE_REPLACED

The Xenoid hadn’t tried to cover up evidence of its theft.

Her raft had been dragged out from behind the fungi bush and now lay on the white sand beach. Many of its locker doors hung open, their contents spilled on the floor. There was a gouged-out space on the control console where the computer had been.

It’d probably planned to use the raft after eliminating her, Cy guessed confidently. But, being a calculating creature, it had to secure the computer’s memory module when it had the opportunity. It represented a prize too invaluable to risk to the chance of failure.
END_OF_DOCUMENT_TOKEN_TO_BE_REPLACED

For a moment she puzzled over why the plants up ahead had all turned white and were sparkling under the sun.

Then, in a single step she left the warmth of the day and entered the cold of the island. A sudden, severe plunge in temperature, far colder than she’d ever known – colder still than the day she’d run, bare-footed and exposed, across the sands of Mars.
END_OF_DOCUMENT_TOKEN_TO_BE_REPLACED

The map in her hand now showed only the blue-green of the sea. Apparently there was nothing but ocean ahead for the foreseeable future.

“Plain sailing form now on, Lazarus,” she said, turning to look for the spider, but could see it nowhere.
END_OF_DOCUMENT_TOKEN_TO_BE_REPLACED

Cy looked into her palm and said, “Mountains?”

Light as a feather atop her head, Lazarus hadn’t twitched a leg for hours. The map in her hand, however, was in motion. By slow degrees all afternoon a series of tiny V shapes, some inverted, all askew, had crept down into view from the top of her palm to inch along towards her little finger.

She shaded her eyes to the west where sunset blazed the sky with banners of red and crimson and orange. It was only now she realized then how much she missed the quiet purple sunsets of Mars. There was something overstated about these dramatic colours.

If there were mountains on the route she had intended then perhaps they were the reason for the detour. Perhaps whatever put the map in her hand was not so capricious after all.
END_OF_DOCUMENT_TOKEN_TO_BE_REPLACED

Night came quickly in these latitudes, dropping out of the late afternoon sky like a black weight. Though she thought it silly she didn’t much like the idea of coming across spiders in the dark. Not that she imagined there was a posse after her or that she might be ambushed. But the notion was hard to shake. The spiders were an unknown quantity.

In the lengthening shadow of a capsized hulk she stopped to sniff the air. The hot iron smell of the wreck vied with the scent of rain. A thunderhead was forming in the north. Watching the brewing clouds, for a moment she thought kindly of the dry red of home and its clear pink-brown skies.
END_OF_DOCUMENT_TOKEN_TO_BE_REPLACED

Half stumbling, almost tumbling, she made her way down the slope to the plain. The need for shelter and overwhelming curiosity had replaced the urgings of caution.

The first wreck she came to was little more than a collapse of iron plates with only a suggestion of a hull shape. A small steamer with a compact superstructure and squat hull offered a dry but debris-strewn interior. Sections of both sides were crushed in, twisted hull plates making seemingly deliberate spikes of malice within. Cy wanted shelter, but not at the risk of cutting herself in half.

The next wreck was more intact, but too close to a swiftly running stream, which she regarded with a feeling bordering on horror. She was Martian enough to know the constant sight and sound of all that water just flowing away, uncontained, unused, would be too disturbing.
END_OF_DOCUMENT_TOKEN_TO_BE_REPLACED

Days later, while sheltering from rain that had lost its novelty, she decided the end had begun when George McClusky said, “So what do you suppose that is?”

That had been the moment. Everything leading up to it may have had a bearing, may have been a primer, but hadn’t been the trigger. Not the utter mental void of floating in space with only the whisper of her rebreather for company. Not when the McMurdo Sound disintegrated around her. Not even the battle itself.

Cy De Gerch slumped against the mushroom big as a tree trunk and closed her eyes to let another dizzy spell pass. The ghost of Jos Manxman would be appearing soon. She knew it. But right now she couldn’t stomach facing the spectre again, arguing with it again.

The rain continued to fall as it’d fallen for days without number, or so it had seemed.
END_OF_DOCUMENT_TOKEN_TO_BE_REPLACED