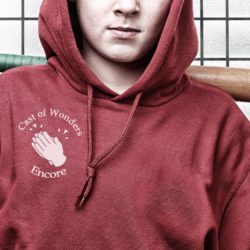 Robbie killed monsters. He used a baseball bat, because they didn’t give better weapons to ten-year-olds. It worked well enough. He’d cleaned out his room first, the slithering whispering things under the bed and the Chatterer in the closet. Then the attic, full of Flappers and Flutterers, and one that was more like a fog or a mist than anything solid. He’d poked holes in it with the bat, then swirled the bat around until the drifting fog-thing shrieked and funneled up through a crack in the ceiling like a tornado in reverse. END_OF_DOCUMENT_TOKEN_TO_BE_REPLACED 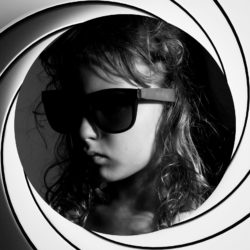 Studies on the Impact of Homeschooling, or When Not to Wear a Tuxedo

“Daddy, can I use the atom scramblizer?” Hilde kicked her heels against the metal cabinet she was perched on.

“No, pumpkin.” All she could see of him were his feet sticking out from underneath the giant chassis.

“How about the temporal destabilizer?”

“Can I at least graft some new wings onto Spuffy?”

Her father slid out from under the chassis, pushing his goggles up onto his forehead. Dr. Acheron von Phlogiston never went anywhere without his goggles. He’d even convinced them to let him keep them during his jail stints. Not that those ever lasted long before he’d craft an ingenious device from common cutlery and break his way free once more. “Sweet pea, we’re at a critical juncture in this plan and I need to concentrate. Can’t you find something to do in your room?” END_OF_DOCUMENT_TOKEN_TO_BE_REPLACED

Sharp metal nicked Penny’s shoulder and she stumbled, hand clasping her baby brother’s leg.  Home giggled as her knees hit the asphalt. Penny felt for the bit of metal scrap as the cars inched past, above, below, up and down all the decks of the Bridge.

“Mo, mo,” demanded Home, and she absently tickled his foot as she stood.  It was a rusting bit of hubcap, sharp and warm. The day was dusk now, the sun vanishing in smog, but she didn’t need to see perfectly to gauge its value.

“That’s a bottle’s worth for you,” she said to the baby as she tucked the metal in her scrap bag.

END_OF_DOCUMENT_TOKEN_TO_BE_REPLACED

Cale twirled his drumstick morosely as the last of the reverb from the guitars died out.

“We vent,” he finally declared, tossing the sticks down onto the snare with a clatter. He leaned against the back of the couch and crossed his arms over his ample stomach.

“No, come on,” Bendrick replied, turning toward the drums as he brushed the hair from his eyes. “That was good, we’re definitely getting better. We’ve just gotta-” He stumbled as he stepped on the cord and pulled the plug sharply from his guitar. “We’ve gotta keep practicing.”

“What for, Benny?” asked Jillan, plopping down on an amp and resting her head in her hands. “It’s not like we can ever sign a big record contract, or go on a world tour. There aren’t any opportunities on the ship, no matter how good we are.”

“Don’t you see?” Bendrick said, pulling the guitar strap over his head and setting it down. He pointed at the crude letters formed from strips of electrical tape on the base drum. “We’re The Middle Rages! It’s not about the money or the fame, it’s about the rage, the emotion. It’s about the art.”
END_OF_DOCUMENT_TOKEN_TO_BE_REPLACED