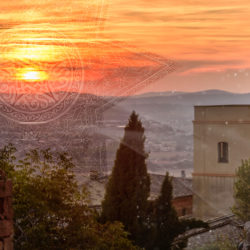 If Only a Word for All Things

I hunched my shoulders and leaned closer to the automatic ticket machine. I punched in the date and time with tense fingers, chose the train I wanted, and stuffed some crumpled Euros into the slot. At any moment a carabiniere would take one look at me, know I was somewhere I shouldn’t be, and march me right onto the train back to Assisi. But I wasn’t running away, not really. I was going to Paris to find Maman and bring her home. We needed her home. Her and her magic words. END_OF_DOCUMENT_TOKEN_TO_BE_REPLACED

Maddie died that night fifty years ago. Car accident. Drunk driver. Fifty years and worlds ago, Maddie Collins died, and the Thief couldn’t think about her, not tonight, not ever again.

The Thief stopped in the shadows on the corner of Maple Street and Brookdale Road. He was tall and graceful, carrying himself with absolute certainty. This was the role he’d chosen for himself, after all, when he agreed to become Death’s assistant. The assistant before him was traditional, black cloak and hood, bloody scythe, shrieking as he swooped down on his victims and chased them towards Death itself. The Thief was quieter, modeling his actions on the books he liked to read as a kid. He liked that he’d added his own personal touch to the job.