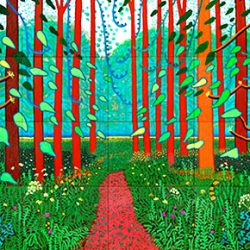 Today we present a series of flash fiction stories by Rose Blackthorn. Rose lives in the high mountain desert of Eastern Utah with her boyfriend. She also has a two-year old Australian Shepherd nicknamed Boo, and a Yorkie puppy fittingly named Shadow. She spends her time writing, reading, photographing the surrounding wilderness, and doting on the aforementioned fur-kids. She is a member of the Horror Writer’s Association and has been published in several magazines both print and online. She contributed to the zombie anthology New Dawn Fades released in Nov 2011 and the Necon E-Books flash anthology released in Mar 2012. She suffers from an overactive imagination, but rather than complaining… she just goes with it. You can find out more about Rose at her site.