“C’mon kiddo, you know that’s not possible,” he’d said, ten rotation cycles before my birthday. We were at the wobbly kitchen table and he was helping me with my physics homework after dinner, so everything still smelled like tacos with neutron star shavings and spray cheese. The chapter was all about distortions of spacetime, cosmic strings and black holes and whatnot. He leaned his head on one tentacle, like he was too tired to hold it up on its own. Even his work shirt looked tired, like the frayed thin patches were struggling to hold his tentacles in. “A pet nebula isn’t happening.” END_OF_DOCUMENT_TOKEN_TO_BE_REPLACED 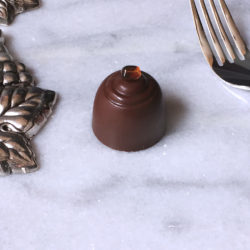 Many thanks to associate editor Alexis Goble for the episode photograph!

She and Danny have been married for three years now. The bakery has picked up, now that they are offering a few unusual items right alongside the daily bread. There is still no baby, but they are happy with their bakery and their work, and they do not mind—too much. Danny bakes and she assists, Danny invents and she assists. But she does not mind that either, for she has found her own calling at the front of the shop, and it is matching people with the right pastry.

There is an art to knowing what people need. Oh, they would all take the flatbread if they could, but do they need it? END_OF_DOCUMENT_TOKEN_TO_BE_REPLACED

Many thanks to associate editor Alexis Goble for the episode photograph!

The Last Banquet of Temporal Confections

Saffron takes her customary place at the little round table on the dais of the Traitor King. Duke Michal, Regent to the Throne is his official title, but the hand-drawn postered sheets, the words whispered in back alleys all nickname him the same. She smiles warmly at the assembled guests, standing poised and waiting by their chairs, ready for the confections and amuse-bouches that have been a mainstay of the high table for the last year.

Saffron has been Confection Taster all that time, her husband Danny Head Pastry Chef. Their warm smiles have been perfected as the Traitor King’s power grows, inch by inch, as those who object to his grasp fail and fall, as the printers are vanished, as the daughters disappear from their homes. The little prince still sleeps in his nursery—but for how long? That is the question on everyone’s mind in the last year. Not a question uttered, but a question that stays poised on the tongue, and does not fall. END_OF_DOCUMENT_TOKEN_TO_BE_REPLACED 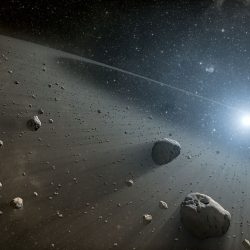 I raced Cornelius home after school, through the corridors of the Platinum Phoenix. He took the right hand side, I took the left. The dents in stainless steel walls made our reflections wobble.

“I’ll beat you this time!” Cornelius called from behind. He was eleven — two years younger than me.

But my feet slipped out from under me. I skidded across the floor. Like all the other kids on this asteroid mining colony, my clothes were sewn from surplus mylar blankets — slick stuff. I crashed into a sealed-off door. There were plenty of unused corridors like that, leftover from better days when the Platinum Phoenix actually had passengers.
END_OF_DOCUMENT_TOKEN_TO_BE_REPLACED 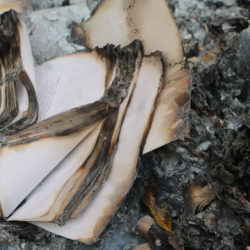 “Lift up your gown, Halena. We’ll settle these around your back and stomach so that you’re at the center of the scrolls.”

Aunt places a thin bandage around my waist and then helps me unroll the papyrus. We wind it back up around my body, covering the bandage like a stiff cocoon, or the crusty, left-behind exoskeleton of a sand beetle.

“It itches,” I say, but I don’t fidget. There is still a smoky film hanging over the whole city from yesterday, when the Epirians set the Great Library ablaze. It didn’t burn the way they wanted: too many scholars ran back inside, screeching war cries like eagles, slopping all the water they could carry over the shelves and cabinets. The ones who survived the fire are imprisoned in the Epirian ships, probably until their executions can be arranged. They were glorious, for a shining moment, but in the end, all they did was thicken the smoke and slow the destruction of our people’s history–it took hours rather than minutes.

END_OF_DOCUMENT_TOKEN_TO_BE_REPLACED 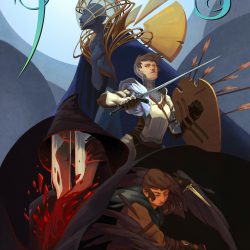 END_OF_DOCUMENT_TOKEN_TO_BE_REPLACED

by Kelli Owen and Alethea Kontis

From: Princessunnie@gmail.com
To: notgoth555@gmail.com
Subject: Messages to the Black Hole

Mom was shopping today — she’s having some weird cravings with this new baby. She and Ron haven’t decided on a name yet. I’m calling him Surprise. Sunshine and Surprise. won’t we be a pair? Anyway…she bought a ham at the store (do you know how hard it is to find a ham when it’s not Thanksgiving?) and I remembered that funny story you told me about the crazy homeless woman trying to shoplift that ham. I hadn’t thought about that in forever. And then I remembered something else you said that day at the park — about how you were always crap at emails but if I kept sending messages to the Black Hole that you’d read them. So….hi! And I hope you’re okay. And I made an A in English — can you believe it? And i painted my toenails blue. And I think Mom and I are going to see Memory of Angels at the Roxy on Friday night and you’re welcome to join us even though I know you won’t. But I had to ask anyway. You’re always my first Impossible Thing before breakfast.

END_OF_DOCUMENT_TOKEN_TO_BE_REPLACED 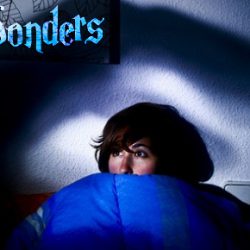 Jeremy Blake took a snorkel to bed. An eleven-year-old boy was way too old for such nonsense, but he didn’t know what else to do. There was a monster under there. A big one. And it was going to kill him.

He hadn’t given the monster a name, like Jabberwocky or Wendigo or even Boogeyman. Mom always said that naming your fear made it real. Like having a pet. Once it had a name it was part of the family, for better or worse.

The monster had been with Jeremy since he was little. It started out as a shadow, haunting the corners of his eyes and scaring him into bed every night. It had stayed in that form for years before the noises came–a scratching at the window, the creaking of the closet door, deep, soft breathing. Like a cat’s purr. A big, evil cat.

By the time Jeremy was nine, the monster was strong enough to move the bed. It liked feeding off his fear in the wee hours of the morning. Then it started to feed off his flesh. If he left his foot outside the covers, the monster bit at his toes with its many little mouths and tiny pointed teeth. If he rolled over and left his side exposed, the monster would scratch him from hip to armpit with its razor-sharp claws.

It hadn’t left a mark… yet. But some days, Jeremy’s feet were a mass of pins and needles that forced him to limp to the bus stop. Some days, his side hurt so badly he couldn’t raise his hand in class to answer questions.

He could only hide under the covers for so long. It was only a matter of time before the monster became smart enough to catch him, strong enough to lift the covers, and real enough to kill him.
END_OF_DOCUMENT_TOKEN_TO_BE_REPLACED

Even after seven years living out in the country, Palfi didn’t know how to sense the seasons. But she knew the autumn equinox had not come yet, for she’d had no visitors in a week or so. People always came flocking when the seasons turned.

Autumn and its pilgrims could stay away forever, for all she cared. She didn’t need donations: she already had plenty of shelfbread, and plenty of wine, and a good store of donated silver which she had few opportunities to spend. And the only things a visitor might give her, apart from bread and wine and silver, were irritation and trouble.

She sat at her devotions nonetheless — partly because someone was sure to arrive the moment she abandoned her façade, and partly because the grove was a pleasant place, and Ieia, the goddess statue, was better company than most real people.
END_OF_DOCUMENT_TOKEN_TO_BE_REPLACED

Minna tried to stand still in front of the mirror, but it wasn’t working. Effie jerked Minna’s hips from side to side, trying to adjust the bustle of her sateen French cream walking dress. Minna stared at the print of the Luck etching she held, then closed her eyes and pressed it to her breast, wishing with all her might for the magic she had given it to seep back into her.

“Would you like some glue?” Minna’s eyes snapped open as her friend’s voice sounded in her ear, dark and exotic as the Greek gypsy girl herself.

“See, now,” said Minna, pointing at their reflections, “your head looks better on this dress than mine does.” Minna folded the Luck etching and tucked it inside her sleeve, desperate for its closeness.

Today we present The Unicorn Tree by Alethea Kontis. Alethea is an author and editor who lives in Ashburn, Virginia. She is the author of AlphaOops!: The Day Z Went First, described as “an alphabet book with attitude”, and many other books and short stories. You can find out more about Alethea and her work — for example, the fact that she’s half French and half Greek — at her website.

It’s narrated by Marguerite Kenner. “By day” Marguerite is an executive admin. for a large intellectual property law firm. By night, she’s an avenging hero with superpowers such as rock climbing, aikido, music (she is a classical percussionist), gaming, sewing costumes, and reading anything and everything. You can find out what’s on her mind here.