It was our privilege to conduct this interview at the Matz residence in Saukinee, casually situated near our subject’s working environment—the Matz kitchen table. Kevin Matz, in his brief tenure as an originator of radical alterities in the foodsphere, has already reworked several well-known genre themes (via found objects, snack items, condiments, and food coloring) into novel tableaux formats. We found the artist a voluble if elliptical subject.

GSR: Kevin, let’s talk about the nearly complete canvas we see before us—Jelly Caravan. This installation, which will remain on exhibit until—.”

GSR: At first glance, this piece seems to represent graphically the terror of distances. Upon a vast expanse of black construction paper we see a tenuous line of objects. What is the significance or purpose of these objects you refer to as jelly galleons?

Kevin: The jelly galleons bring jellies from other star systems. Probably because the flavors come from the starlight. It’s hard to tell. No one understands the language of the jelly galleons.

GSR: A language presumes inhabitants—a crew. What do we know about the crew? What do they look like?

Kevin: They’re a lot of colors because of accidents with the cargo.

GSR: This particular galleon seems to be brimming with something like orange marmalade.

Kevin: It’s from a red dwarf system. It’s radioactive—that’s what makes it so spicy. But you can’t eat any because it’s poisonous to humans.

GSR: Whereas this very bright green cargo, reminiscent of mint jelly, must signify something very different.

Kevin: That came from a super-Earth that’s all green. The jelly there is really, really dense because of the gravity. And it has little alien eggs in it. That’s what the white things are.

GSR: The galleons seem so fragile against the black backdrop. There appear to be fragments in places.

Kevin: The crumbs are getting everywhere. I think they’re just going to be probes the galleons send out.

GSR: That cluster of delicately pastel things on the far edge looks significant. The medium appears to be miniature marshmallows topped with colored sugar.

Kevin: That’s the end of the journey where they meet the mushsporians. They’re on a space island. So you travel to the island and eat one. They don’t mind because it’s just a little piece of them. Then you can communicate with them.

GSR: Eating the Other, as it were. But how does this facilitate communication?

Kevin: Your thoughts are turned way up and run through the translator crystals. That’s what’s on top of the mushsporian bodies. They grow them.

GSR: They seem to sit in translucent pools of something syrupy. What does this signify?

GSR: Stanislaw Lem famously despaired that we might meet alien intelligences and yet be unable to communicate with them due to the limits of human understanding.

Kevin: I think my English teacher said that too. This star peppermint is going to be a black hole they can’t see until it’s too late.

GSR: A sign signifying nothing. This is a very Matz-like presentation—simple yet effective. Where do you get your ideas?

Kevin: In the art classroom. We usually take our lunch in there. My wholewheat macaroni mural of The Red Planet Rising Over Inoracam is there.

Kevin: Yeah, but they hung it upside down so it looks like a clown smiling instead. I got a B.

GSR: You are in good company at least—we recall the 1961 MoMA-Matisse debacle when the museum installed Le Bateau upside down and no one noticed for 47 days.

GSR: What can we expect to see in the future from Kevin Matz?

Kevin: Sometimes the kitchen is off limits. Over break I was making a pistachio pudding flipbook, but it fell behind the fridge and we thought something died. But I was thinking—what if you froze the pudding in a ball? It could be a green jungle planet. You could make a bowl of different pudding planets for dessert. A rice pudding ice planet or a banana desert planet. That much pudding might be too much to ask for right now.

GSR: A culinary musica universalis? We wish you luck as you navigate the quandary of patronage.

Jelly Caravan will be on display until 5:30.

A robot who’s a ninja clown floats in space. Despite the title of this story, it’s the only one. A singular specimen. The title reflects the robot’s deepest and most personal wish, but even with trillions of stars to wish on, and dots representing entire galaxies, fortified with wishes like vitamins, there is still only one ninja robot clown.

Some benefits accrue to a ninja robot clown in space. Its giant shoes cannot trip it up. Its shuriken fly on and on and on until they hit a target.

A father points and says, “Look, a shooting star.”

“No, Daddy,” his daughter replies. “That’s a throwing star.”

They trace the star back to its originating constellation. Connect the dots. The nose, square and oversized. The buttons.

Her father nods sagely. She’s always had such an imagination.

Because father and daughter are so small and far away, the ninja robot clown doesn’t see as they rummage through their garage for holiday lights. Doesn’t notice as they string thumb-sized bulbs into boxes and circles on the frosty turf. But then the holiday lights wink on.

A second ninja robot clown sketched on the lawn, tiny relative to the celestial observer.

Winter melts away. Grass wriggles from the earth.

One evening the father and daughter pack up the lights and put them away.

The stars of the face above shift red now.

Far beyond the ninja robot clown, the light from the girl’s yard speeds on, like a thrown shuriken, like a wish granted, on and on into infinity. Graham Robert Scott grew up in California and resides in Texas, but he owns neither surfboard nor cowboy hat. His speculative fiction has appeared in, among other places, Pulp Literature, Necessary Fiction, and Nature. He came up with the title for this story years ago, but only thought up the story itself within the last year.

B Myers writes and edits on the nonfiction side of traditional publishing and has churned out books on subjects ranging from astronomy, history, and music to paper airplane kits and picture books of puppies. Sometimes he sneaks out for reckless binges of fiction writing. His stories can be found in The Disappointed Housewife, Strange Horizons, Bewildering Stories, and others. He frequently lives in Michigan.

Find more by B Myers 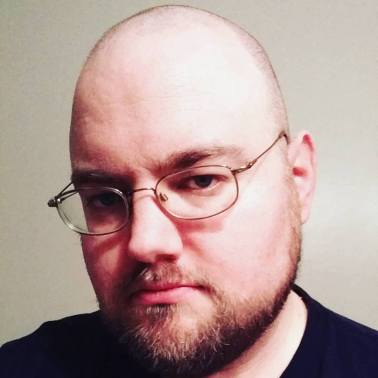 Josh Roseman (not the trombonist; the other one) lives in Georgia and makes internets for a living. He has been published in — among others — Asimov’s, Escape Pod, and The Dunesteef Audio Fiction Magazine. His short fiction has been collected in the books The Clockwork Russian and Boss Fight, and his novel After the Apocalypse was released in 2017. When not writing, he mostly complains that he’s not writing. Find him online at roseplusman.com (which, sadly, has not been updated in quite some time) or Twitter @listener42. 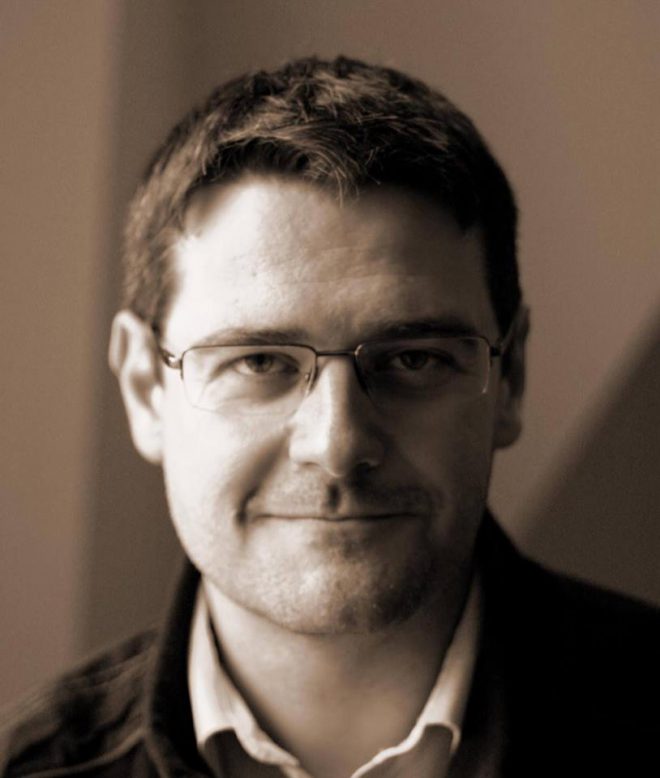 Jeremy has produced audio for the Dunesteef Audio Fiction magazine, Far Fetched Fables, the Journey Into podcast and StarshipSofa in addition to Cast of Wonders. By day, he teaches physics and maths in the beautiful Peak District. He is a husband, father, photographer, cook and very occasional runner.