It’s January 2028 and young Uwaila watches the TV, fixated at what’s right in front of her. The dinosaurs appear with a mighty boom, with feet that hit the earth like a rumble. They make everything look so small, all humans look so little, make everybody afraid. They hold a certain kind of power Uwaila needs, a roar and gentleness that makes them perfect to watch.

Everybody Uwaila knows has a powerful thing. Her mother has pepper spray, which she used on the annoying cash register man last week when he was being too handsy. Uwaila’s aunty has a big umbrella, one the woman uses when anybody says something offensive or inappropriate. These things become part of them, their signatures, their partners in crime. Uwaila can associate them all to their tools of power, so where is hers?

She asks her mother.

“It can be anything but a gun—or, well, any war weapon. Just nothing too dangerous. You know what I’m saying, right baby?”

Uwaila nods. She doesn’t know what her mother’s saying but she finds it easier to nod, to say nothing, to agree. Mummy fiddles around her room, looking for an exercise DVD, before looking back at Uwaila.

Uwaila finds it easier to nod, to say nothing, to say, “It is well.”

Uwaila has a laboratory. She has a small room, dedicated for her time, for her projects, for her attention. She rubs her fingers and looks at the space in front of her, the room around her.

She won a government competition called Kid Genius last year and the grand prize was this—her own personal scientist space. Every time she needs something, she just writes a letter to the director asking for equipment. Sometimes they dispatch workers to help her. She won’t say she doesn’t like bossing people around.

So what’s she creating in the lab today?

School sucks being a young smart girl like her, small and reduced, small and insulted, despised, constantly being put in boxes. Boys keep trying to shrink her. Teachers keep asking her why she wants to be an engineer and not a doctor. Nobody wants to sit with her. Nobody likes her.

It’s not fair because she’s exactly like other girls who are smart and capable too, but she won Kid Genius and they didn’t, and now she’s ostracized. And now everywhere Uwaila goes a sea of hisses follow her, a crowd of malice overwhelms her.

So what’s Uwaila going to do?

She sends the letter off to the Kid Genius director, waits patiently for his reply. She watches dinosaurs one more time—long necked, big teeth, up bodies, large size.

So what’s she going to do?

She keeps watching—large print of leg on the ground, face that fills up the screen, heads that shoot out, frames that stand out, big and not afraid. Stepping above all that’s small.

So what’s she going to do?

As if on cue, the director hits her with a “got it!” and a smiley face projects from her email. It fills her heart.

Kid Genius will soon start again and Uwaila’s school has filled up with students at work—constantly twisting gears, not sleeping. Mummy always said that while this competition has good intentions, it is very messed up for little children to be in this game.

She can see a problem starting to go on.

Uwaila gets her ordered parts on a Tuesday, in a nice little box. Following that box is a nice Itsekiri man named David, and a small Calabar man named Peace. They are both very friendly and sent from Kid Genius, and here to help.

She shows them her plans.

“And Director allowed this?”

They get to work.

Uwaila steps into school and sees a girl, Fatima, crying, struggling with a robot. It looks thrown in pieces, scattered. It looks like it was destroyed in frustration. Fatima looks hopeless.

“I can help you,” Uwaila’s shouts, excited. “You just need to coordinate the—”

“No no no no no no,” Fatima’s Mother comes rushing into the scene, placing hands on her hips, angry, furious. “Fatima is very intelligent. She can do this by herself.”

Uwaila tries to say something, but doesn’t. She stays silent, she nods, she agrees.

Two people walk up to her.

“We heard you wanted to do Kid Genius this year again?” The the two children say at the same time.

“We know you won last year, stop saying it! Pride comes before a fall, humble yourself, Uwaila. It could have been a fluke then.”

The two children burn with rage. “That’s selfishness! No wonder nobody likes you!”

And then they run away.

Uwaila works all night. She burns her rage into machines. She keeps on hammering, keeps on spinning, keeps on working. She’s more than just a one time thing.

What’s she gonna do now?

So picture this: the day of the performance, and Kid Genius comes to Bright Minds Grammar School, ready to evaluate. The grass is cut, the school looks good, freshly painted red, the thick coat dripping down the walls. Students stand by the playground area, ready to unveil their inventions.

And then they hear a sound.

A foot drops mightily down on earth and breaks the soil. A weight hits the ground, fills the place with panic. A loud roars comes through, primal and metallic, screeching and angry, painful and enraged.

And it’s just Uwaila. It’s just her—she’s fitted herself with a roar, with a shield, with metal plates on her arms, shoulders, legs. Her body is like a puzzle, her mech joining together to form a dinosaur.

Uwaila is a dinosaur. A Tyrannosaurus rex, loud and roaring, metal interlocking plates fusing, and soon she doesn’t look herself, not to anyone. She activates a booster and propels spirals to lift her up, make her taller. She has everyone’s attention.

“This is what I can create, what I can make,” she tells the Kid Genius judges. “But as a winner of this competition, I can’t say this competition is right. Changes need to be made, and I am going to make sure the Director knows. Children are suffering just to be great. And it’s killing them. And it’s killing me. So even this school has to do better, because I’m not the enemy. I’m just a dinosaur.”

Uwaila walks away, roaring, stepping, weight in her throat gone. Everyone just looks at her, no words.

Uwaila wakes up the next morning to see a dozen emails projecting in front of her. Some are from parents insulting her, asking who she thinks she is, berating her. Some are news channels asking for a detailed story, wanting a narrative.

Most are conversations in the waiting, asking her on how to do better, on what to do next. 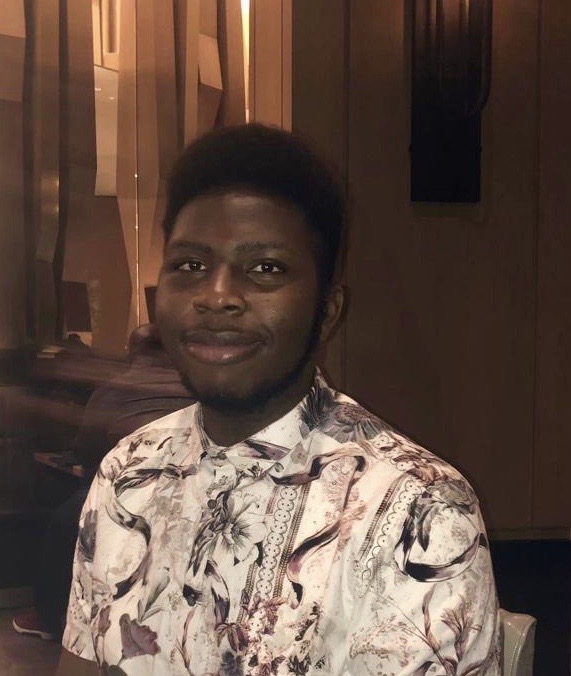 Osahon Ize-Iyamu is a Nigerian writer of speculative fiction. He is a graduate of the Alpha Writers Workshop and has work published (or forthcoming) in Strange Horizons, The Dark, and Clarkesworld. You can find him online @osahon4545 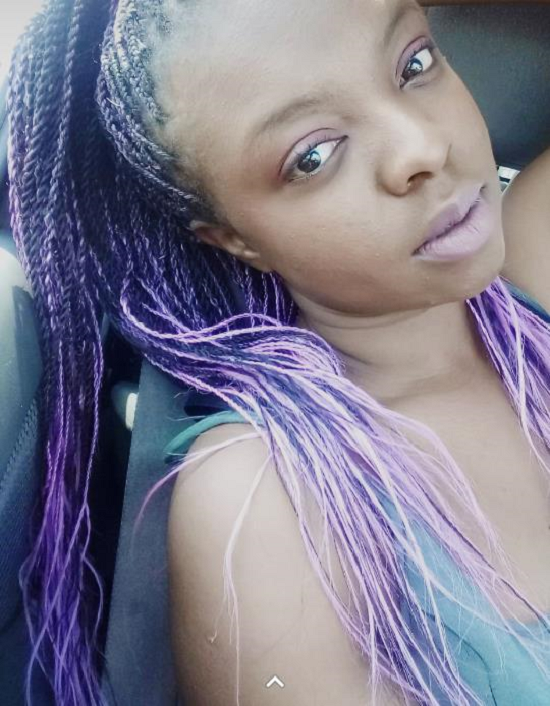 Takudzwa Sharon Kirimi is a Zimbabwean born South African living in a small town, with a love for languages (she speaks 5) and story-telling. She is a student of the arts who just wants her voice to and creativity to bring love and healing to this world. Takudzwa Sharon Kirimi has several upcoming podcast roles in 2020. Sticks Shift Incorporated is a mystery about life, death, and capitalism set in a fictional version of modern-day Vancouver, BC, and The Fury Podcast is an upcoming queer fiction audio drama, set in a world that unfairly discriminates against people of colour, the queer community, women, the poor, and the disabled.