Echo had always thought that when the world ended, she’d either be running with a motley band of survivors or instantly vaporized. Not a single book, show or movie had prepared her for being apocalypse adjacent.

In the Tropical Asia building, protected by thick glass walls and a ventilation system designed to keep air warm in the winter and sticky in the summer, she hid with her animals. Warty pigs snuffled through the decorative undergrowth, a siamang family sung like sirens in the canopy overhead, and the Malayan tapir and small-clawed otters had taken residence around the cement-bottomed stream that wound through the exhibit. There was still no sign of the sloth bear or the orangutans. Echo wondered if, while she’d been lying face down in the public restroom fighting for consciousness, they might have been evacuated.

Echo had not felt the bomb when it dropped twenty miles away. She had not seen the mushroom cloud or been close enough to hear the screams as glass shattered, paint peeled off the walls, and skin sizzled like Icarus too close to the sun. The zoo where she worked during the day to support her distant Broadway dreams was just far enough from ground zero for Armageddon to saunter over slowly.

Under a drizzle of black, poisoned rain, people had streamed for the nearest exits. Someone brought a truck around to evacuate the pandas, an international treasure. But Echo was not rare and expensive, and no one had come looking for her.

She’d choked on the air outside for the first moments of chaos, then spent the next three days vomiting in the abandoned bathroom the staff had used to shelter the flamingos during last year’s hurricane, wondering if this was what DNA damage and rapid cellular degradation felt like.

It was not unlike a truly spectacular hangover.

With that in mind, as soon as the vomiting eased up she’d pounded three disgusting bottles of oral electrolyte and shakily consumed a box of power bars. Then, she looked outside.

The world beyond the Asian wing had transformed into a blur of dark ash.

Nuclear winter or not, it was still tropical-hot inside the building, and for the past three weeks the generator had kept on trucking. The freezer kept the animals’ food cold, the ventilation kept the soot out and Echo, having no idea what else to do, kept the enclosures clean.

Before the world ended, Echo had worn red lipstick and sleek dresses to her community theater performances like armor. No matter how many times she stood before a crowd it never got less invigorating or less terrifying. Now she performed in a discarded, ratty button-up which hung so long it brushed her thighs. Her keeper’s uniform had been sprinkled with ash during the first few minutes of fallout and, in a snap decision, she’d stripped down and thrown the whole thing outside before sealing up the wing. She wondered if she would have been better served running. Running seemed impossible, now.

“Tiger tiger, burning bright,” Echo said, holding the key around her neck and projecting her voice as if she were speaking to a crowd instead of into a single lush enclosure, “in the forests of the night. What immortal hand or eye could frame thy fearful symmetry?”

That poem had been her first ever performance, read aloud to her grade school English class. She’d been baffled, at the time, that a poet could just decide that whole words could be pronounced incorrectly to support his rhyme scheme. Now she knew that no one looked in art for petty truths, like pronunciation, but for deeper truths; for answers to bigger questions.

Echo made it all the way to the last stanza before she finally caught a glimpse of her audience, crouching in the ferns. While the other cage doors hung open, their inhabitants evacuated or set loose by departing staff to fend for themselves, Daakshya’s remained firmly locked.

Daakshya was a Sumatran tiger, though her name was Bengali. When she first arrived, an immature female of the smallest tiger species, no one was worried. Security was minimal—until the day the previous handler lost a pint of blood and several fingers. The tiger enclosure had been fortified ever since, security tripled, and no one made jokes about her size anymore.

Presently, Daakshya’s great golden eyes gazed out from the foliage, unblinking over the sharp white of her teeth. It was a familiar sight that reminded Echo, deep in her bones, that her ancestors had been prey to greater things—huddled around campfires afraid of the dark—and that with the trappings of civilization stripped away, she was no better off.

When she was eight, Echo had brought grilled chicken breast from her dinner out to feed a skinny, skittish dog sniffing for scraps around the bins. The stray took the meat gently, swallowed it almost whole, and then stared at her mournfully. When she reached out to pet its great matted head, to run her fingers along its grizzled muzzle, the dog bit her and ran.

“There is no such thing as kindness for kindness’ sake,” her mother had sighed, pressing the bedspread in tight around Echo that night.

Echo’s hand was bandaged and aching and she’d gone to bed hungry. There’d been no chicken left for her.

“If the world is kind to you, it’s because it wants something, and once it gets it then you’ll see the world’s true face. Once you give it what it wants,” her mother had said, sadly, “then you’ll see its teeth.”

The black stripes along Daakshya’s body were thick and tapered off into distinctive dots, as if the brush that had painted her had been dripping. That morning Echo had swept out the inner room and set out the day’s fare. Thirteen pounds of raw beef, thawed the night before, scored and rubbed with a vitamin supplement. So far the two-hundred pound cat hadn’t touched it. She was watching the siamangs in the trees above and the guinea fowl as they skittered foolishly close to the bars of her cage.

Echo sat in the six-foot gap between the tiger enclosure and the labeled rail that screamed, in bold letters, DO NOT CLIMB, DO NOT PASS, DO NOT APPROACH. From this distance she could see water droplets on Daakshya’s eyelashes, could almost make out the fine muscles around her claws flexing and pressing them into the earth. The tiger turned her gaze from the apes above to the human that sat, bare legs crossed, watching her pace.

There was a fine line between altruism and insanity, and Echo had never been particularly good at finding it. She didn’t need to wonder who would survive the longest once supplies ran out, once the generator gave out. She didn’t need to ask who was best equipped for a life in the hellish wasteland outside. She’d seen the photos of Chernobyl, inhospitable to man but flourishing and alive with animals. She’d seen night-vision footage of leopards in India, hunting imperceptibly in the cityscape, able to survive on one meal for weeks.

She knew what it meant to have choked on the ash of a nuclear bomb, and that her own days were numbered.

That morning, Echo had cracked open the door to the dark, unknown world outside the Tropical Asia building, and watched several of the animals slip into a different sort of jungle. She wished them the best, hoping that she had the courage to follow as the generator started to sputter and the darkness that had taken the outside world began to descend.

“Tiger tiger, burning bright, in the forests of the night,” Echo said softly. Daakshya, who so rarely looked at visitors but always looked at her, watched her steadily through brilliant eyes. The soot had begun to darken the white fringe at the tiger’s cheeks, to coat the fine hairs at her ears. “What immortal hand or eye could frame thy fearful symmetry?”

She knew it was wrong to leave something so magnificent to starve, just as she knew it was important not to run, not to shout, not to turn her back on Daakshya. She knew it was vital not to look like prey. This would be her most difficult role yet, to play a woman in a world of ash and teeth, in a world fallen, who was not afraid.

She pushed her key into the lock and wondered, in the softest, most child-like part of her heart, if maybe they couldn’t walk out into the night together.

Echo took a deep breath, and set the tiger free. 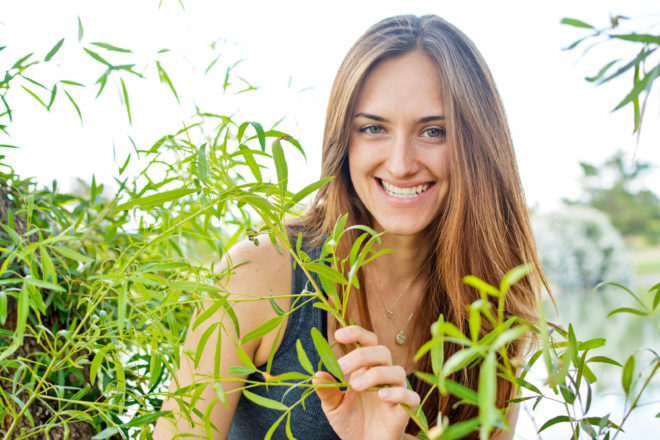 Drea Silvertooth is a queer writer, artist, and podcaster. They GM and co-produce Bad Heroes, a tabletop gaming podcast, and accordingly spend a concerning amount of time practicing odd voices. When not knee-deep in stories, Drea can be found volunteering with rescued kittens and wolves, though not at the same time. 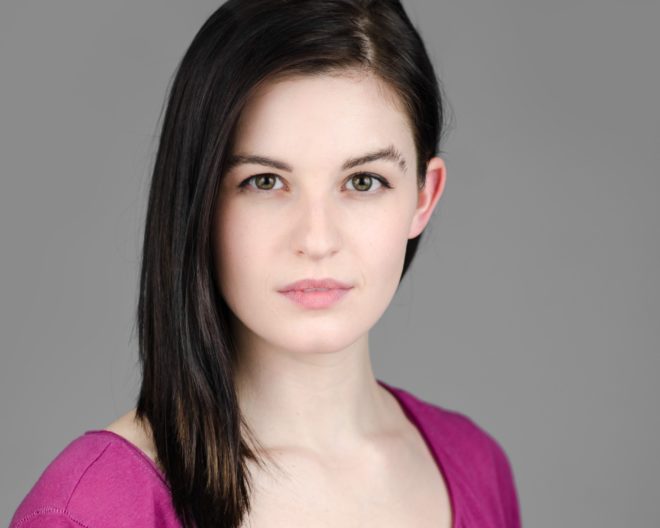 Kate Mullaney is an actor in Atlanta, Georgia. She is the co-creator of Sketchland, a sketch comedy show. Find Sketchland’s weekly sketches on YouTube.