Every year in January, Cast of Wonders takes the month off to recharge, plan the year ahead and highlight some of our favourite episodes. A different member of the Cast of Wonders crew will present their favorite story of 2016 each week in January.

I’ve been coming to uptown for the past year since getting a new job and moving to Whittier, and somehow had never seen The Four Stewpots before. I’m actually not a stew fan. I like my food fresh. Soup is okay, some days. Stew? Bleh. It’s been sitting for ages – this place actually suggests one pot they have is a thousand years old. Bon Apetit? But my daughter’s first report card had come home from junior high – she’d done exceptionally well – she wants to be an astronaut, a monster make-up artist, a superhero, a cryptozoologist, or a cartographer of parallel universes – whatever she decides to do she’ll be brilliant, and so as a reward, I let her pick. She saw The Four Stewpots as we were driving down the street, right next to Undercity Comics, and demanded we go there. Again, I do not like stew, but I am a supportive and proud mother who wants to encourage my daughter’s academic achievements, and realize that it isn’t always about me. At least, until it’s time to write the Yelp review.

It is time to write the Yelp review.

Sadly, this establishment did not change my opinion of stew in general, or give me hope for specific noveau reinventions that managed to somehow subvert the stereotypical sludge. TL;DR- it was a horrific, terrifying experience, and not just in the presentation of the food. It almost ruined my life, and certainly warped my daughter’s.

The Four Stewpots is allegedly a themed restaurant, where the hosts and servers all dress up. But I couldn’t tell you what the theme was – cosmic hodgepodge pub for cosplayers, maybe? The decor consisted of maps of places I didn’t recognize. On the ceiling, an enormous X was painted by hand in red around a mixture of glowstars, planets, and layered maps that were torn apart and pasted together with the legend “YOU ARE HERE.” Wow. Thank you for not letting me forget, Four Stewpots, no matter how hard I might have tried.

My daughter adored the costumes the staff wore, and asked them where they’d originated from. The hostess was covered in black leather from neck to toes, and had short, spiked, silver hair, black raccoon-like make-up around her eyes, and some kind of mechanized membrane-webbed wings that fluttered and looked completely organic. Our waiter wore an impressive mask with elephantine ears and a large snout. Rows of ridiculously jagged and yellow rubber teeth filled her mouth, and her pale, sleeveless arms looked like circuitry pumped through her veins. The bartender looked like a reject from a punk rock rendition of Oliver! with his Dickensian coat and trousers and purple mohawk. His shirt was unbuttoned halfway down his chest, and I could make out the trace of something like a giant spider horse tattooed there. He wore goggles on his forehead, and spent the entire time drinking and texting furiously on his phone, while casually twisting an old wood and brass ship’s wheel. They were polite, but had funny accents, and dazed expressions.

The menu attempts to be imaginative but is lacking. There’s a big explanation on the back as to why the options are limited (warning: understatement), because preparing stews for an unknown number of people is an impossibility. BLAH BLAH BLAH. The long and the short of it are you have four stewpot options: Stewmaster’s Sea Serpent Supreme, Dragon Scale Delight, the Great Nameless Stewing Evil, and Spicy Space Slug Sludge. Only one of them (the Great Nameless Evil) is vegetarian. ONE. My daughter smiled and said “See, Mom! They have stuff for you!” No, sweetie, I didn’t say then, but will punctuate now with ALL CAPS. N-O. NO. A single option is really not any kind of option at all. IT IS A DISTINCT LACK OF OPTIONS. As a result, I ordered the Evil, but only stirred the black sludge around once it arrived. I drank a glass of red (The Vineyard Under the Mountain – never heard of it before – mediocre) and ate the fresh, crusty bread. (Surprisingly warm, though a bit hard.)

My daughter, OTOH, has always been an adventurous eater. Her bowl of Sea Serpent claimed to have wild leviathan meat, as well as okra, zucchini, tomatoes, basil, and garlic. Of course, when I asked what the meat really was, the server flicked her Dumbo-like ear and repeated, “Leviathan?” As if it were obvious! I persisted, and eventually asked for the manager, who was apparently on her lunch break. I would’ve made a bigger issue of it – such customer service is appalling – but we were supposed to be celebrating my daughter! Who mumbled an apology to the waitress, then got up from the table to look at all the maps that littered the walls.

When the food arrived (thankfully it didn’t take long – the menu explains why), it smelled like a mermaid had died in it centuries ago. My daughter, whom at this point I think reveled in my distress, wolfed it down, and gave a loud belch.

She urged me to get a take out container for my Evil while she finished a second bowl (you get free refills, apparently, just in case you haven’t had enough). She excused herself to wipe off some stew she’d spilled on her t-shirt, belching all the way to the restroom. She hadn’t been gone long enough to let the water warm, when she dashed back out, whooping and shouting. I jumped to my feet ready to discover (and throttle) whatever had frightened her, when I realized how different she looked. An odd tri-cornered hat sat crooked on her head, her face was covered with grime, and she wore red-ribbed leather vest, boots, and had a plastic sword hilt (no blade) strapped to her hip. She clutched what looked suspiciously like a flintlock, and waved it at the bathroom. I realized she must’ve found the treasure chest or toy box the restaurant kept for children. Yes, this restaurant gives children toy guns!

I tried to rise above it. “Sweetie, you’re a little old for toys, and you know we don’t play with pretend weapons.”

“Mom, have you paid already? Hurry up!”

I had not paid, and reached for my purse, when she slapped down a handful of odd marbles on the table, and pushed me toward the door.

Something roared from the bathroom. Large but cheap looking plastic lobster claws and tentacles pushed open the door, and the restaurant lights flickered.

Apparently we had taken some interdimensional portal and ended up at the Rainforest Cafe. OMG.

My daughter lifted the toy gun and pulled the trigger. It didn’t make a noise, just flashed a little. But the claws and tentacles disappeared back into the bathroom with a whine, clearly on some kind of timer system.

That was when my daughter’s hat fell off, and I saw what was left of her long, curly hair – now lopped off at her shoulders.

“A pirate from Undertow,” she said, and twirled her flintlock. “Not me!”

“Put that back this instant!”

She complied, throwing the flintlock at the bartender (still crouched over his phone, but managed to bat it down behind the countertop). “Useless now, anyway,” she said, and pulled me out the door. (I admit, I let her keep the plastic sword hilt fastened to her hip. I didn’t see what damage she could do without any blade.)

You can see why I don’t plan on going back. Oddly, I’ve driven by a couple of times to express my fury to the manager, but it seems like it’s closed down? The sign is up, but the lights are off. Good riddance.

One star, though I am severely tempted to find a way to rank it lower. That said, I must admit, despite all the trauma, my daughter can’t stop talking about riding a giant sea turtle, fighting clockwork dragons, and pirate gorillas (or guerrillas?). I can’t figure out what movie this stems from, or what books she has been reading, but I suppose whatever was in her stew must’ve been good for her imagination. Her hair, of course, has not yet grown back.

(My box of Evil remains safely in the refrigerator, where I left it, continuing to sit and solidify for the next thousand years.)

Dave Thompson is a pretty awesome guy, even if he disparages pumpkin beer. He lives outside Los Angeles with his wife and three children. Together with co-editor Anna Schwind, he ran PodCastle for five amazing years, stepping down to focus on his own writing in 2015. You can find two of his audiobook narrations on Amazon: Norse Code by Greg Van Eekhout and Briarpatch by Tim Pratt.

Dave is an Escape Artists’ Worldwalker and Storyteller, having been published in, and narrated for, all four EA podcasts. 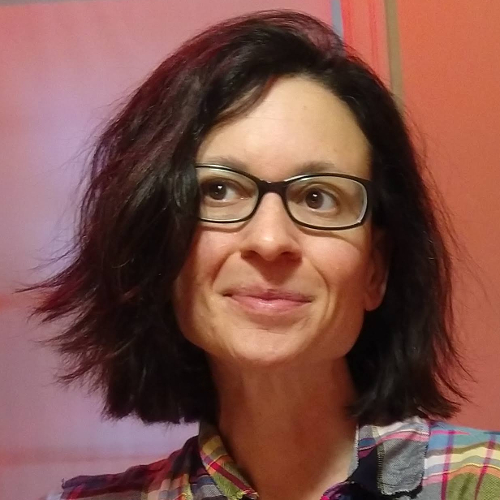