This was not demoted-to-dwarf-planet Pluto. This was a lush and fantastic Pluto, which Sarah and her companions discovered while returning from their discouraging voyage to the system of Poseidon. (Perks and promotions had been promised on their finding the fabled god’s trident. Alas, all they’d found were dusty moon rocks, and there were plenty of those next door to home.)

On Pluto, fresh fruit dangled from the trees. They camped by the beach, where the sand was pink and pale. It was a welcome respite, and no one was eager to hurry back home. Here, the weather was lovely. Curious creatures populated the land. Silver otters and sapphire hummingbirds. Tiny compsognathus that scampered in the beach grass.

It was Tony, their systems engineer, who discovered them. “I’m good with animals. Look, I’ve got this guy eating out of the palm of my hand!” he said.

“Maybe it’s him that’s good with you,” Sarah said. The compsognathus crushed Tony’s walnut like a marshmallow.

It was on everyone’s mind that Pluto could be their meal ticket to make up for their failed trip. It held possibilities as a wealth of natural resources, could at the very least serve as pit stop for future trips to this part of the galaxy.

In her notes, Sarah wrote that they’d encountered no real predators, no intelligent life. The land was pristine and uninhabited, and the creatures that lived here were meek and small. (The compsognathus were turning into a bit of a nuisance, unfortunately. They’d become bold about entering the camp, and one had even bitten Sarah on the hand.)

Their marine biologist, Sofia, reported strange disturbances in the water. She thought there was something lurking just out of range of her equipment, something that watched her as she caught specimens to take back home.

The compsognathus whined plaintively from the cage that Tony had wrought it from black reeds.

A few days before their departure, Sarah walked along the beach when she came upon a creature that stood blocking her path. The creature was seal-like with elk-like antlers. It was different, aware—intelligent. It loomed ominous and large, and appeared to have been waiting for her.

What was this strange creature? Where was it from? Did it have a herd of its kind? More creatures like seals with antlers? Sarah felt excitement rather than fear as she slowly approached it.

The two faced each other upon the sand, each perceiving the other as alien. How often had a similar scenario occurred in the history of living things, when initial wonder ignites into desire for that which isn’t yours to take?

She knew she shouldn’t touch it. It wasn’t her place to touch it.

She reached out her hand. 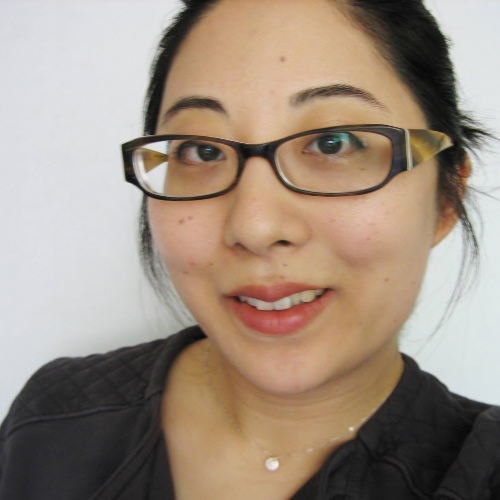 M.K. Hobson is a writer of historical fantasy fiction, and records stories for Beneath Ceaseless Skies and Zero Books. She’s also the cohost of a Web series for Zero Books titled “We Live in a Society.”

Her work has appeared in many publications such as Realms of Fantasy, The Magazine of Science Fiction and Fantasy, Interzone and Sybil’s Garage. Her debut novel The Native Star was published to critical acclaim in September 2010 by Ballantine Spectra.

She can be heard frequently on PodCastle, both as guest host and narrator, and has long been a beloved part of the Escape Artists family. Follow her online or on Twitter.