Hello everyone! Surprise! Today, July 21st, is the two year anniversary of Cast of Wonders. We couldn’t be prouder, and to celebrate we’re debuting a new type of episode. You’re listening to the very first Little Wonders, a collection of flash fiction and poetry centered around a theme or genre. We’re going to start things off nice and easy with a pair of science fiction shorts.

Silvia stared at her Teddy, which moved laboriously into her outstretched hand.

She didn’t move objects with the grace the native beings here did, but she still moved them. Before accepting this ambassadorship I’d worried how it might affect Silvia. She got along well with the Teppim children though, and not having human playmates didn’t seem to bother her.

Moving things was natural to them, like learning to walk or talk for us.  Something picked up by being around it.

I thought about my pen putting itself away. Nothing happened.

Eleven-year-old Martin had nothing to do on his day off from school.  So he sat alone in his room, doodling in his diary and watching talk shows, since it was too early for cartoons.  The particular topic today was “What would you say if you could go back and tell your fifteen-year-old self one thing?”

Every forty and fifty-year old confessed some regret or mistake.  Half of them broke down in tears. One balding, grizzled man even looked like him.

“I wish I knew my future,” Martin said to himself.  He wrote down If I read this in the future and someone’s invented a time machine, I’ll be alone on June 22nd, he looked at the clock, 1:45 PM.

A man with a receding hairline appeared at the foot of his bed, wearing a green-collared shirt and black pants.  His arrival was accompanied by a loud whirring noise coming from a black box on his arm. The man had a bigger nose and a saggy face, but Martin knew he was looking at his future self.

“Oh my god, it worked.  It worked,” the man said as he adjusted his box.

“I’m you, yes.  From the future.  You must have just written…”  Older Martin pointed to the diary.

“Yes.  I don’t have much time.  I took a lot of risks to get here.”< Martin managed to nod, mouth hanging open. Older Martin said, "Okay, first thing, ask out Michelle.  She really digs you. No matter how scared or shy you are.  If you don't, you'll regret it." "Who's Michelle?" "College.  Freshman year.  She lives in Sutherland Dorm.  Second, invest in Giga- Write this down!" Older Martin barked.  Young Martin started writing furiously. "Invest in Gigawire, YorkMark, and Torama." "Those are companies?" "Yes, and don't bother buying those collectible comic books.  They're worth nothing. And Mom throws them out when you go to college anyway." "What college do I go to?"  Young Martin asked. "Cantrell.  And that's another thing.  You've got to get your grades up.  In tenth grade, study really hard. I mean it.  Maybe you could've gone to a better school if you hadn't gotten angsty and goofed off." As Martin scribbled, he realized this man, who he would become, wasn't very pleasant. He continued, "And quit hanging out with those friends by the stairwell all the time.  They're losers. They'll just get you into trouble." *FLASH* Another man appeared in the room next to older Martin.  He wore a shiny blue jumpsuit and looked identical, but with more hair and freckles.  "Good," he said, "I'm not too late." He was holding a black device in front of him like bike handlebars. "Who are you?" Older Martin said. "I'm you.  Well, I'm the you that you become,” he pointed at young Martin, “After you’re done with your speech.  Your temporal bubble must be protecting you from disappearing. Listen,” he addressed young Martin, “That thing with Michelle.  Don’t do it. Or, if you do, wear condoms.”

“I swear to god, she’s crazy. It won’t be worth it. And pull your money out of the stock market before the ‘Jefferson-Pershing’ incident.”

“Is that a car?” young Martin asked.

Now a man wearing a light periwinkle suit, partially ripped at one sleeve, stood before him.  He took his glass helmet off. “Did you just tell him about Michelle?”

“Fred?” All the Martins chorused.

The older Martins started talking at once, asking questions and demanding to know what had happened that necessitated so many return trips.  Young Martin couldn’t understand what they were saying.

A Martin in a pink and gray dress said, “Listen, ignore all these guys.  There’s something-”

“What’s with your clothes?” young Martin said, his tongue out in disgust.

A Martin wearing a tight-fitting white one-piece with rings floating above his head said, “Dude, your plan sucks.  You can’t-”

A Martin wearing all black with his hair slicked back said, “Kill them all. Kill everyone in the world. None of them deserve to live.”

A man appeared with a gray cat’s head and yellow eyes.  A white orb floated between his hands like he was holding it.

“Yes, this is me.  There is much to explain.  All of the preceding has been irrelevant.”

“What did he say?” one of the future Martins said.

Now the room was full of Martins, arguing and bickering with each other, pointing fingers, yelling like a U.N. debate. Young Martin covered his ears.

His eye caught the line in his notebook with the date and time. He tore the page out, ripped it up, and threw it away.

All the Martins looked up, startled.  In a single bright light, they blinked out of existence.

Martin held his breath. Thirty seconds passed, but nothing happened. When he was sure the quiet had returned, he got up, turned off the TV, and got a soda. 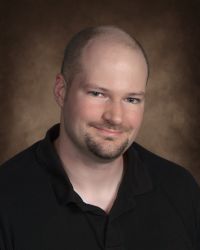 Eric Juneau is a software engineer living in Minnesota with his wife and two daughters. His hobbies include writing, video games, reading, and eating as much barbecue as he can find. He blogs about his quest to become a ‘capital-A’ Author here. 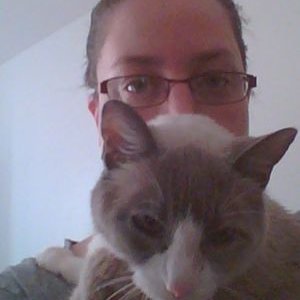 Kara Hartz writes and lives in Northern California with the support of her husband and children and despite the attentions of her cats. She loves Science Fiction and Fantasy because she is drawn to incredible ideas. You can find her blogging sporadically here. 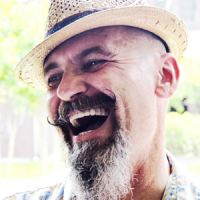 Dave Robison is a storyteller who has been captivated by tales and legends his entire life.

He’s contributed vocal fabulousity to dozens of audio drama and fiction productions for EscapePod, Pseudopod, Cast of Wonders, and Podcastle, as well as The  Drabblecast, StarShipSofa, Tales to Terrify. He has narrated several audio books for Tantor Media, J. Daniel Sawyer, Scott Roche, and John Meirau and appeared in audio dramas by Jay Smith and Bryan Lincoln.

As a child, he wrote Curious George and Paddington Bear fan fiction to the indulgent delight of his family. He was drawn to the immersive storytelling of live theater at an early age, participating in community workshops and school productions, a passion that continued through high school and college. He was also drawn to role-playing games which led to a deep appreciation of speculative fiction, cutting his genre teeth on Robert E. Howard, Michael Moorcock, and JRR Tolkien.

He attended the University of Michigan, majoring in Theater and Dance but transferred to the University of Wyoming when tuition costs got too expensive. Securing his Theater degree, Dave pursued a degree in Graphic Design and, in the years that followed, worked at dinner theaters, design studios, and ran a used bookstore. When he was hired teach computer classes at New Horizons Computer Learning Center, it began a decade-long exploration of programming, education, and web development.

In 2012, Dave launched The Roundtable Podcast with friend and colleague Brion Humphrey. The podcast gave writers the opportunity to brainstorm their story ideas with established authors and editors like Lou Anders, Cat Rambo, Kameron Hurley, and Hugh Howey. The unique format combined with Dave’s over-the-top delivery and enthusiasm earned the podcast a small but dedicated following.

In 2015, Dave formed Wonderthing Studios, LLC and brought the Roundtable Podcast under its banner. The studio is the launching point for several creative endeavors including Vex Mosaic, a monthly review of essays inspired by speculative fiction media, and Manifest, a board game combining the positional strategy of chess with the fantastical diversity of Magic: The Gathering.

In 2016, Dave was honored to be invited to help lead The Ed Greenwood Group (TEGG) as its Vice-President assisting in the initialization of the diverse processes required to execute a massive shared world collaborative storytelling publishing venture. Later that year, he was appointed Executive producer of Onder Media Group (OMG) overseeing the development of multiple media channels that celebrate speculative fiction culture in all its forms and facets.

In 2017, Dave released Archivos, a story mapping and presentation tool, through Wonderthing Studios.