Our first story is Color Contacts by Bethany Powell. Bethany didn’t really know people wore contacts until one day in middle school, when one of her classmates ran out of homeroom because one of his flipped. The fascinating trickery of it has stuck with her. (Though he was just as cute in glasses the next day.) She also has a weak spot for manga with plot points about glasses or contacts.

Bethany has mainly published fantasy genre poetry, which you can find at bethanypowell.com. She also keeps a semi-popular Tumblr on suit fashion, mainly featuring Asian celebrities. When not scribbling or reblogging photos, she waits tables in a tea room.

Our second story is The Quest Unusual by David Steffen. David runs the webzine Diabolical Plots, which posts interviews, reviews, lists and other material related to the field of speculative fiction. At this point DP is the only site to regularly review Daily Science Fiction, where this story originally ran. Another highlight is the “Best of” podcast lists, including a “Best Of Cast Macabre”, and in the near future a “Best of Cast of Wonders”.

He has stories upcoming in Escape Pod, Pseudopod, and Daily Science Fiction, and his stories have been published in more than a dozen others. See his a bibliography page on Diabolical Plots for a full listing.

Crap, the lens is slipping, and it’s driving my eye crazy. I can barely focus to get out my credit card to hand to the clerk. It can’t come out now, I’m in public—and of course she’s as cute as that actress I liked last year, which is completely my luck.

So painful, it’s flipped or something and when I have to sign, the paper starts to smell of dangerous heat before I realize what I’m doing and shut it down. I crinkle it a little before handing it back, to try and hide the char-streaks.

I wait for my copy to print and mentally list the things I hate—from these contacts and the friend who recommended soft ones, to the car my parents have me driving and how often it needs to be refilled—oh, I don’t know how to stand it. The pressing point in my mind is whether anyone seems to be in the men’s room and whether it’s quicker to run to my car. Ugh, does she think I’m just crying? What a dope—

“Just take it out,” she mutters, “just keep facing this way and do it.”

I can’t see well enough to check her for signs but I don’t have the willpower left to not believe.

I fish the contact out, and blink off tears she probably understands. The change drawer pops out automatically, and she puts the signed receipt in before slamming it closed again—and I’m not the only one having today’s Libra luck. Because it slams on her finger.

“Ouch,” she shouts, and her hair explodes into the flames of a furious Serpentine.

Her black contacts aren’t going to do her any good now, though they’re not flipping on her. The line that stacked up behind her half-paralyzed Serpentine customer is now screaming.

I’ve got the car in gear as she jumps in on top of my backpack, and I pull out in the direction of downtown traffic.

I check anxiously to see one of my eyes a fake patterned brown, and the other naked, the fire-flicker obvious to anyone.

“I lost the contact,” I say to the clerk girl.

Her face loses its look of ashen dread, as she breaks out laughing.

“I’ll pick you up new ones on the way,” she says. “You probably need to take me to New Derry. This has already happened to me in Grange and Ferris. I am such a klutz. Man, I am so sorry.”

“No, my stupid contacts started it. Okay, New Derry—that’s gonna be a while. What kind of music should I put on? And what’s your name?”

When my eye stopped watering this could actually be awesome.

Matthew spent half the morning removing rocks from the western fields before he felt the first rumblings through the soles of his feet. He looked up to see a cloud of dust moving quickly down the dirt road in his direction. The ground shook harder and harder as it approached until he had to crouch just to keep from falling over.

It stopped on the point of the road nearest to him, and when the dust cleared he gasped when he saw a dragon bigger than his house. It was covered in a thick layer of road dust, which made it seem all the more real. Stranger than that, shields of every shape and size were strapped over every inch of its body. A belt spanned its waist with a lance in a scabbard, and a huge black cauldron served as a helmet, the handle tucked securely under its chin.

“Would you kindly direct me to Lord Volpus’s hall?” the dragon rumbled in a voice that might have sounded haughty if it weren’t accompanied by a deep grumble from the dragon’s belly.

“What business do you have?” Matthew asked, wondering if it would be wrong to give the dragon directions.

“I am known as Sir Hugh, and I am seeking employment. If I find and slay a dragon my courageous deeds will be told from land to land, and my name will live forever in glory.”

Matthew said nothing, being unsure what he could say to the towering beast.

“Well, peasant? I am weary from the road and I long for a bath and a bed before setting out again.”

“But you’re a…” The word stuck in his throat. Did the dragon really think it was a knight? Didn’t it even notice how it towered over Matthew?

“Yes?” The dragon leaned its head down close to him and that close, the smell of scorch and rotting meat on its breath made Matthew weak at the knees. Its tongue flicked out, tasting the air in between them. The gleam in its eye seemed to say it knew exactly what it was. Matthew could give the dragon directions, knowing that his lord might be killed as a result. But any other action would likely end with Matthew in the dragon’s belly. At least Lord Volpus had soldiers to protect him.

“My lord’s keep is that way.” He pointed to the west. “A half day’s walk as the crow flies.”

“I thank you.” The dragon bowed deeply and headed west. Matthew didn’t even shout as the beast trampled his crops.

He watched unmoving as the dust cloud faded into the distance. After a while he heard running footfalls behind him. That would be Ian, his neighbor.

“Did you have a strange visitor just now?” Ian panted.

“Odd fellow. Looking for Lord Volpus, wanting to hunt dragons, he was.”

Ian chuckled. “Of course it won’t. Everyone knows there’s no such thing as dragons.” 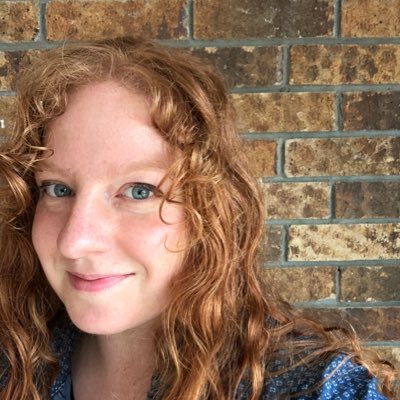 Bethany didn’t really know people wore contacts until one day in middle school, when one of her classmates ran out of homeroom because one of his flipped. The fascinating trickery of it has stuck with her. (Though he was just as cute in glasses the next day.) She also has a weak spot for manga with plot points about glasses or contacts.

Bethany has mainly published fantasy genre poetry, which you can find at bethanypowell.com. She also keeps a semi-popular Tumblr on suit fashion, mainly featuring Asian celebrities. When not scribbling or reblogging photos, she waits tables in a tea room.

David Steffen is a writer, editor, and software engineer. He edits Diabolical Plots, which began publishing original fiction in 2015. He runs the Submission Grinder, a tool for writers to find markets for their work. In December 2015 he published The Long List Anthology, which is a collection of 21 stories from the longer Hugo Award nomination list last year. His own stories have been published in many nice places, including the other three Escape Artists podcasts, Drabblecast, and Daily Science Fiction. You can follow him on Twitter.