Today we present Miranda and the Butterfly by Abigail Hilton. We’re very pleased to feature Abigail again; welcome back! You may remember that she started us off in Episode 1 with A Suitable Pet.

Miranda and the Butterfly

When Miranda was seven, she asked her mother whether she had a daddy. “Yes, he was a traveling salesman.” Her mother sounded so disgusted that Miranda didn’t ask again until she was ten. This time, her mother said, “He was a lousy, no good, lying fairy.”

Miranda took this to mean that her father was gay, an idea she accepted philosophically. Miranda had a friend, Jeremy, who was gay. As far as Miranda could tell, this meant that Jeremy would admit to liking My Little Ponies and was more fun to play with than other boys. He also got beaten up a lot. When Miranda was twelve, Jeremy decided to become tough in order to keep from getting beaten up. As far as Miranda could tell, being tough meant being a jerk. Miranda missed him.

Miranda sometimes wondered what her father looked like. Her mother had silky, black hair, green eyes, and skin that tanned cinnamon in summer. Miranda had one green eye and one pale blue eye—which was cool, but not very pretty. She had white-blond hair and skin so fair that other kids teased her and call her an albino. She never tanned. Miranda also had one ear that folded against her head. She didn’t mind, although she sometimes wished her ears matched.

On the day Miranda turned thirteen, she got the flu. Her mother had to go to work, so Miranda sat alone at home, reading and trying to pretend that being home alone was better than being at school. She was slurping her eighth watermelon popsicle when the doorbell rang.

Miranda went to the door, but found no one. She turned back into the house and came face to face with a man. If she hadn’t known better, she would have said he had stepped out of the hall mirror. Miranda would have been frightened if she hadn’t been angry. “If you don’t get out right now, I’ll call the Police! See, I have a cell phone.”

The man looked embarrassed. He had blond hair to his waist and blue eyes.

To her surprise, the man dropped to one knee. “I plead your pardon, gentle dame, but I am seeking the Lady Miranda.”

He looked up, eyes searching her face. Mirada realized that he had two ears exactly like her folded one. “Are you a traveling salesman?” she ventured.

“I am your father, the Lord Beamfrost.”

Miranda raised one eyebrow. It was a trick she was proud of. Jeremy had been trying to do it for years. “Beamfrost?”

“How about I call you dad.”

Lord Beamfrost trailed her into the backyard. He began absently plucking jasmine blossoms and popping them into his mouth. He broke off an Easter lily and ate that, too. Miranda stared at him. “Stop that.”

He licked pollen from his fingers. “You don’t act much like a lady.”

“You don’t act much like a dad.” She thought she could see the suggestion of wings in the air behind him. “How did you meet my mother?”

“I stole her away to my castle in Faerie. I fell in love with her, poor human creature, and she convinced me to return her to her world. Alas, a hundred years had passed. I’m afraid we parted on poor terms.”

Miranda had always wondered why there were no photographs of her grandparents. “I suppose she missed her family and friends.”

“I suppose she did.”

“Are you gonna steal me, too? I heard fairies steal kids.”

Lord Beamfrost shook his head. “I only wished to see you. I meant to come on your first birthday.”

“Time is strange between Earth and Fairy. Truth to tell, I am somewhat forgetful.” He looked at her pleadingly. “It is the nature of my race.”

Miranda considered. “So, why are you here now? You want me to go on a quest? You have some terrible problem that only a thirteen-year-old girl can solve?” She hesitated. “You need money?”

Lord Beamfrost looked bewildered. “I only wanted to meet you.”

He left two hours later. Miranda wanted to take a picture, but he wouldn’t show up in the screen of her digital camera. People will think I dreamed him. But she didn’t care. She was having too much fun listening to stories of dryads, unicorns, enchanted streams, and mermaids.

“I want to give you a gift before I leave,” he said. “I could turn all the butterflies in your garden into tiny pegasus, or I could turn the water in your house into chocolate. I could make anyone love you, or I could make others believe whatever you said. I cannot change things permanently, though. The magic will begin to fade the instant I leave your world.”

Miranda thought hard. “You can’t make my eyes the same color or my ears match?”

“Could you make someone remember something?”

“I could. But I could not make anyone act on a memory.”

“You mean that whether the person did anything about it would be his choice?”

Moments later, Miranda hugged him good-bye, and the fairy walked away into the mirror. In the kitchen, beneath an upturned drinking glass, a tiny blue and gold pegasus fluttered and preened.

>A little while later, the doorbell rang. Miranda found Jeremy on the front step. He didn’t quite meet her eyes. “I heard you were sick, and… um… I remembered it’s your birthday.”

Jeremy handed her a wrapped box. Inside, she found a My Little Pony. Miranda hadn’t played with ponies in more than a year, but she knew it wasn’t really a toy. It was a peace offering.

Miranda grinned. “Come inside, Jeremy. There’s something I want to show you.” 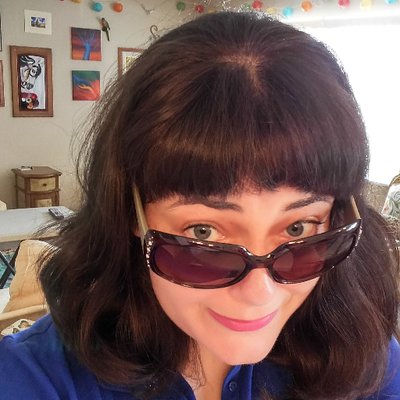